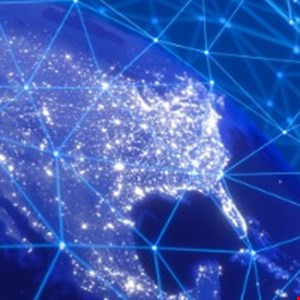 The US government has announced the creation of a new cybersecurity agency to align with the country’s diplomatic efforts.

The Bureau of Cyberspace Security and Emerging Technologies (CSET) was finally approved by outgoing secretary of state, Mike Pompeo — over a year-and-a-half after Congress was first notified of the plans.

A brief statement from the department explained that the need to “reorganize and resource” the government’s cybersecurity and diplomacy has become even more critical in the intervening months. China, Russia, Iran, North Korea and “emerging technology competitors and adversaries” were name-checked in the note.

“The CSET bureau will lead US government diplomatic efforts on a wide range of international cyberspace security and emerging technology policy issues that affect US foreign policy and national security, including securing cyberspace and critical technologies, reducing the likelihood of cyber-conflict, and prevailing in strategic cyber-competition,” it continued.

“The secretary’s decision to establish CSET will permit the department to posture itself appropriately and engage as effectively as possible with partners and allies on these pressing national security concerns.”

However, the reason for that 18-month delay to the creation of CSET was former House Foreign Affairs Committee chairman Eliot Engel, who argued at the time that its focus was too narrow.

A 2018 bipartisan bill, the Cyber Diplomacy Act, sets out to establish not a bureau but an Office of International Cyberspace Policy at the State Department.

“While Congress has pursued comprehensive, bipartisan legislation, the State Department has plowed ahead in its plan to create a bureau with a much narrower mission focused only on cybersecurity,” Engel is reported saying at the time.

“This move flies in the face of repeated warnings from Congress and outside experts that our approach to cyber-issues needs to elevate engagement on economic interests and internet freedoms together with security.”

“Laughable that this is done @ the 11th hr when this was not adequately resourced or prioritized for four yrs,” tweeted Chris Painter. “Also, this formulation only preserves stovepipes rather than coordination.”

Everything we expect from the Qualcomm Snapdragon 875