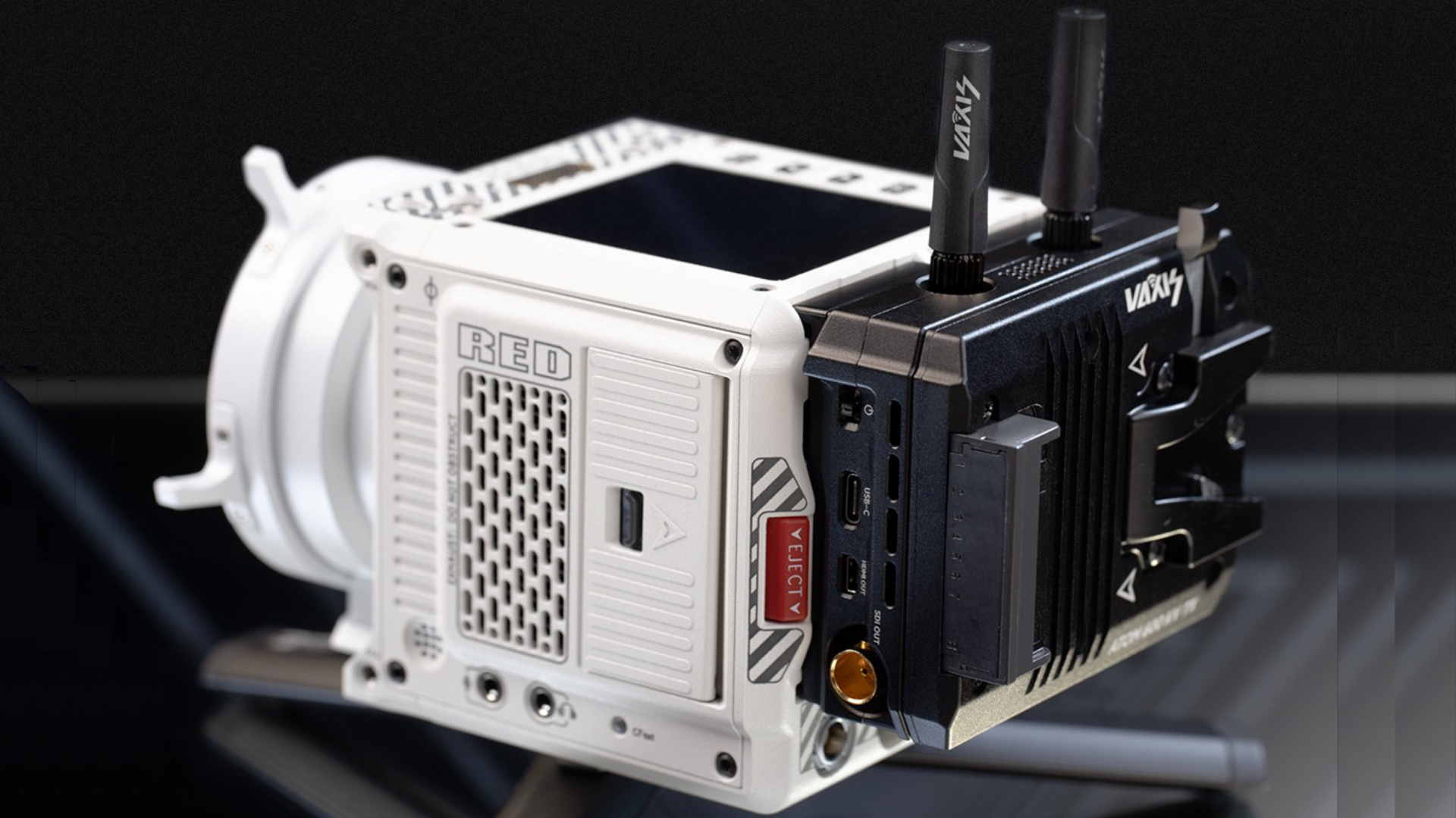 The VAXIS ATOM 600 KV wireless video module for RED Komodo has been announced a while back, in March 2020 (read our initial coverage here). As we all know, the year 2020 did not go as planned from then on. But now the ATOM 600 KV seems to be ready for prime time, so let’s have another look!

The VAXIS ATOM 600 KV is a plain old wireless video transmitter (TX) but with a twist. It has been designed exclusively for the RED Komodo cine camera. That way the unit fits the camera perfectly plus it offers a battery mount for using regular V-Mount batteries with the Komodo. On the other hand, you can’t really use this transmitter with any other camera, really. Furthermore, you won’t be able to use Canon BP-9XX series batteries anymore.

Since this unit is purpose-built for RED Komodo, it has some neat tricks up its sleeve. First of all, the ATOM 600 KV is not only a wireless video transmitter, it also acts as a battery plate. Furthermore it offers cross conversion of the incoming video signal which can be looped-through to a SDI out or a HDMI out (a port the Komodo lacks).

The V-Mount battery plate can be rotated 90° for use with mini V-Mounts which makes the unit even more compact. The VAXIS ATOM 600 KV will pass through the power without any additional cabeling.

The ATOM 600 offers 600 feet (183m) wireless video transmission with an impressive 80ms latency. This is line of sight, so the range will depend on where you are and how crowded the area is in terms of other wireless signals. The two antennas operate in the 4.9 – 5.8 GHz range.

The ATOM 600 supports up to 1080p60 / 1080i60 video transmission. For hooking up the ATOM to the Komodo you do need a short SDI cable but as stated above, the unit offers a SDI out plus a HDMI out which can be very useful for third-party EVFs, for example.

Since this is only a transmitter, you’ll need at least one receiver and all of VAXIS ATOM receivers (RX) are fully compatible with this unit. The ATOM 600 KV sports a so-called smart fan which is needed to control heat but it can be shut off or at least dialed down a bit using a boutton on the unit itself.

As with all AXIS ATOM transmitters, you can connect up to 3 mobile devices over wifi using their VAXIS Vision App and a QR code for security. The app is available on the Apple App store only but an Adroid version seems to be on the way, too.

The unit offers 13 channels, auto channel scan and selection. For convenience, everything can be set up using the built-in OLED screen and three buttons on the side of the ATOM. Lastly, the unit comes with a USB-C port which is intended to be used for firmware upgrades but it also delivers 5V/2A of power for charging your smartphone or power any other third-party accessory. Very nice touch!

If you are a proud RED Komodo owner, this unit seems to be a decent addition for creating a sleek, yet capable unit. However, if you choose to switch cameras, this TX unit won’t really work with anything else, so there’s a choice to be made.

What do you think? Is this the perfect match for the RED Komodo? Share your thoughts in the comments below!

Indisposable will develop, scan and send your film photos to your phone

How to: Shoot better macro photos using a slider and focus stacking