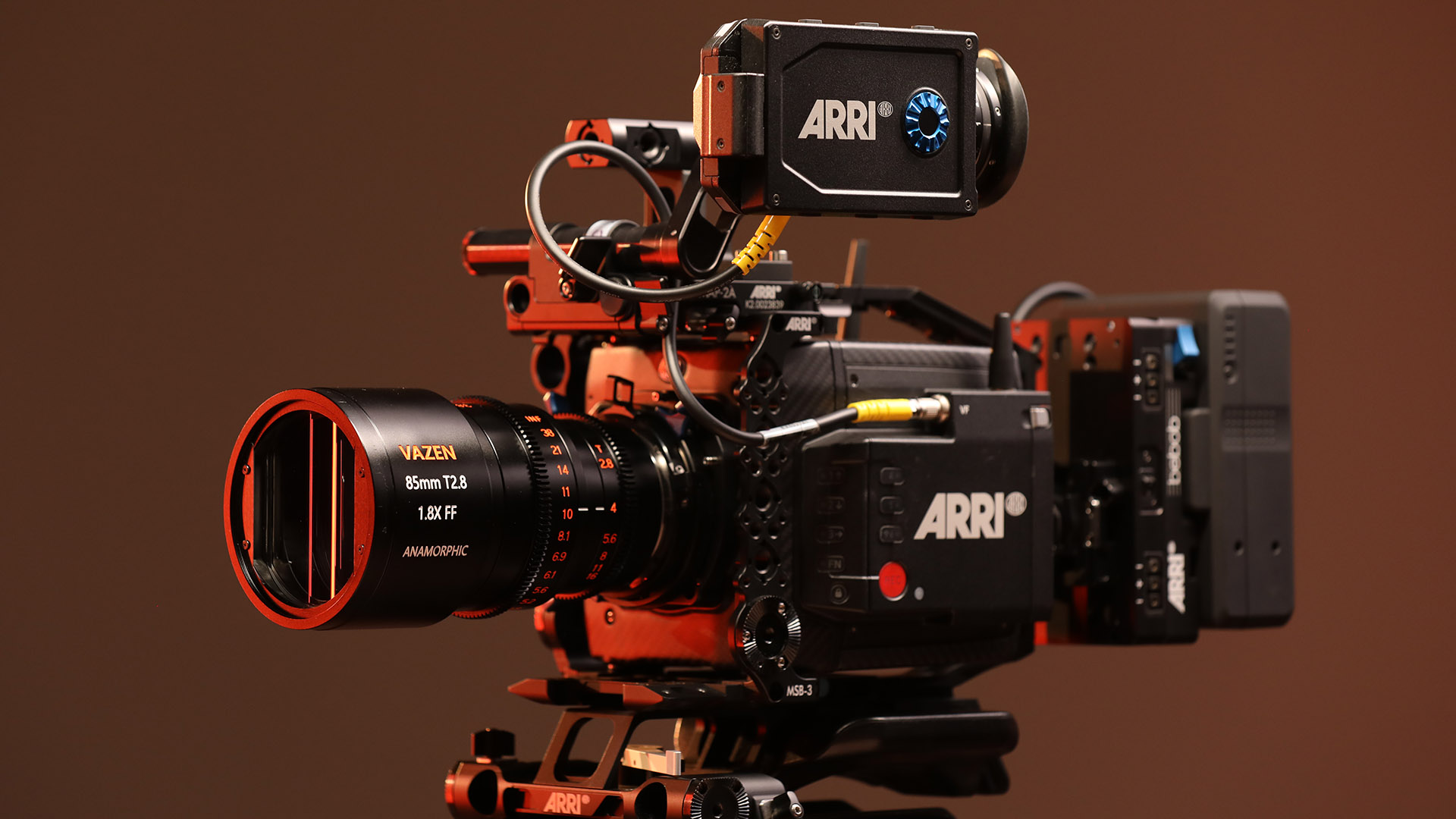 Vazen has announced a new anamorphic lens for the full frame format. The Vazen 85mm T2.8 1.8X is the first of a set of three lenses with an interchangeable PL/EF mount.

Whilst awaiting the final instalment of the three (28mm and 40mm are out, still waiting for the 65mm), there is now news of a Full Frame line.

Like the Micro Four Thirds line, Vazen has announced 3 in the lineup, whilst initially releasing just one lens.

In comparison to anamorphic lenses of a similar bracket, the Orion 80mm is longer and heavier at 21.cm/2.7kg. And the P+S Technik Kowa 75mm is longer and lighter at 203cm/1.2kg.

In terms of filtration, the front diameter is an industry standard 95mm, as well as an internal diameter of 86mm for threaded stills filters.

The lens mount is interchangeable PL and Canon EF. Vazen state “both mounts can be found with the lens in a Vazen hard case”, suggesting said mount is perhaps user interchangeable.

The Vazen 85mm is constructed of aluminium, with both aperture and focus rings featuring a 0.8 mod cine gear.

Vazen note the expectancy of keeping these consistent across the lens range. This is an important aspect of any lens line, despite the lenses varying in width and length (which the Vazen Micro Four Thirds anamorphic lenses do.. a lot).

The Vazen 85mm is compatible on up to Full Frame sensors. Monstro 8K in 8KHD and ARRI LF Open Gate are quoted to both be compatible formats without vignetting.

85mm would translate as roughly 135mm in super35mm, making this more of a telephoto anamorphic lens on standard sized sensors.

The 1.8x squeeze is decent, close to 2.0x that many have been trained to associate as the industry standard aesthetic for anamorphic lenses.

It will work on 16:9, the image would merely be over stretched. I’ve seen this effect used two ways – as-is creating a super wide aspect ratio (north of 3:1) or cropping the sides to reach something more standard around 2.39:1, example below

Without first hand experience I can’t comment on the look of this lens. Here is what Vazen say:

“[The Vazen 85mm T2.8 1.8X Anamorphic Lens] delivers a butterly smooth oval bokeh, signature blue, but not over saturated, horizontal flare and the widescreen cinematic look. The lens delivered outstanding sharpness, even at wide open, which is unparalleled by other PL/EF anamorphic lenses with the similar squeeze ratio.”

There are a handful of videos released with the PR, including the one at the top of the page, and these here:

Note the minimum focus distance. Anamorphic lenses historically require a fair amount of distance to achieve close focus. Using Diopter Close Up filters is a must, and the Vazen 85mm is no exception; 1.15mm (3.8 feet) is perhaps a tiny bit farther than lenses same-in-class.

The PR paperwork discusses Vazen’s idea about keeping the lens small and compact, suggesting gimbal rigging as an appropriate use.

A nimble design, and incorporating the likes of a stills filter thread as well as the price point (below) suggest this is targeted at owner-operators more over hire companies.

Shipping will be late August, retail price in the US is $8000.

Purchase discounts for 85mm owners will be available when the other 2 focal lengths are released.

What’s your take on this anamorphic lens? Can you see yourself trying this one out? Let us know in the comments below!

Nintendo promises Italians: “We won’t let you down!”

Cyberattacks against schools are on the rise