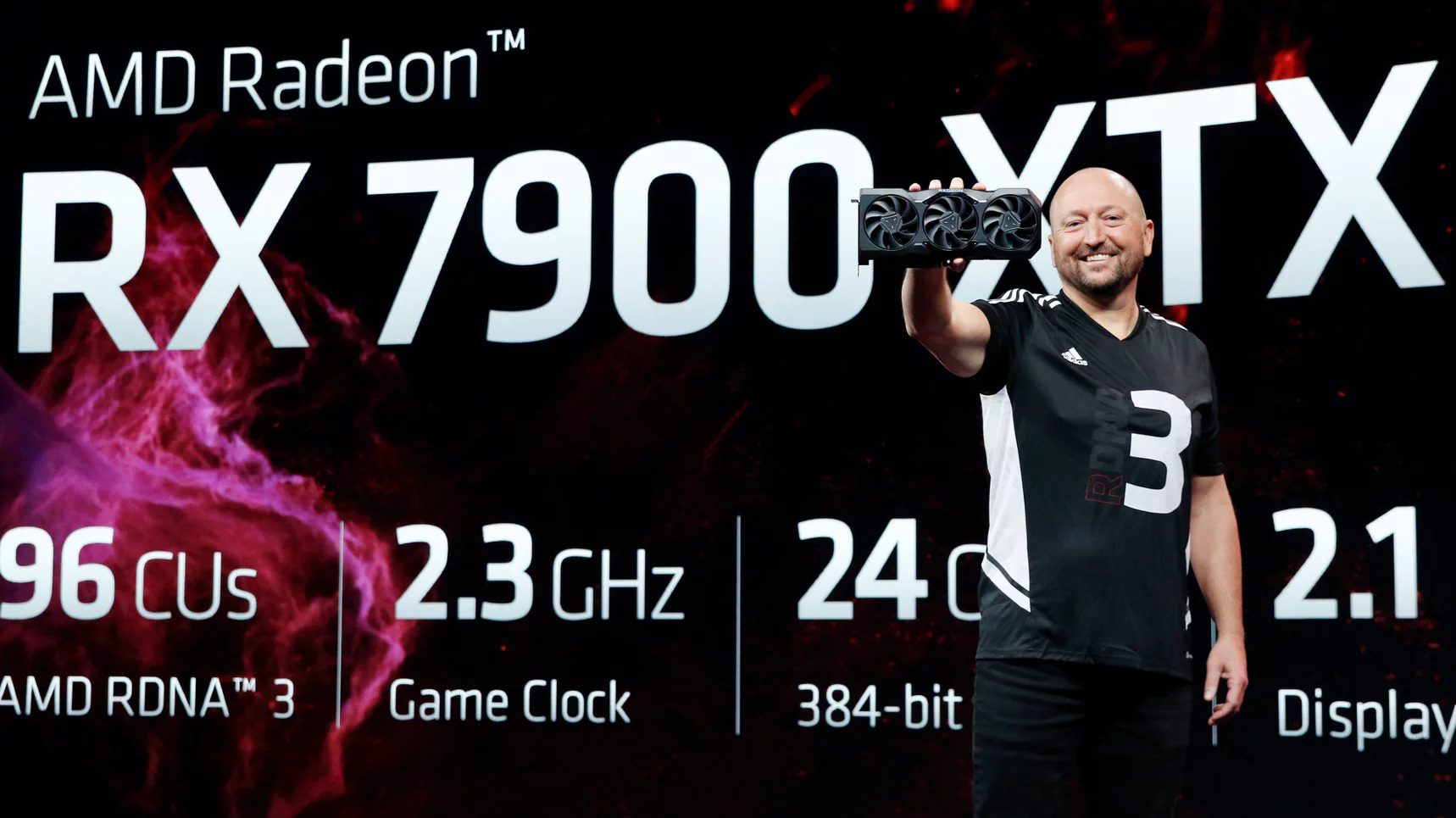 After Nvidia already introduced the RTX 4000 series, AMD is now following with the RDNA3. The Radeon RX 7000 series will initially include two models and offer extensive innovation. Performance should be significantly increased, especially compared to RDNA2. At the same time, XTX branding is celebrating its return with the next generation.

for the first time RDNA3 architecture As part of 2021 AMD Corporate presentations are mentioned. At the time, however, nothing else was known about it except the name. Since then, rumors about the upcoming GPU, mostly false, have surfaced regularly. That’s over now because AMD has RDNA3 Officially For the first time in the GPU area presented, the manufacturer uses a Chiplet-design, as used in Zen 4, for example. Accordingly, a chip contains one graphics compute die (GCD) and up to six memory cache dies (MCD). At least the GCD is made on TSMC’s N5 process.

Compared to RDNA2, the third generation offers a according to the manufacturer 50 to 70 percent higher gaming performance. Also at Ray tracing performance Screwed up, which should now be up to 85 percent higher FPS. It will be exciting how RDNA3 will position itself against Ada Lovelace in this segment. Performance increases are sometimes possible by advanced calculation units. These should have twice the IPC (instructions per clock) as RDNA2. At the same time, skills Apparently more than 50 percent.

Initially, the Radeon RX 7000 series consisted of two models based on the Navi 31 chip. The top model is Radeon RX 7900 XTX, which has full expansion. Accordingly, the GPU offers 96 compute units (12,288 shaders) with clock rates up to 2.4 GHz. This is theoretical computing power 56,5 TFLOP. The graphics chip is supplemented by a 24 GB GDDR6 video memory. AMD specifies power consumption as 355 watts. Power is supplied via two 8-pin connectors instead of a single 12VHPWR connector.

placed under him RX 7900 XT, Using a slightly cropped GCD. Accordingly, the consumption of 305 watts is slightly less. The graphics card has 10,752 shaders with a clock rate of 2 GHz. The GPU is coupled with a 20 GB memory. In both cases, the chip size is around 300 mm², which is significantly smaller than the Navi 21 (519 mm²).

AMD apparently uses the same for both graphics cards Triple fan cooler In 2.5 slot design. Compared to its predecessor, the length has increased slightly and is now 287 mm. However, the cooling design was not discussed further during the presentation. On the connectivity side, two DisplayPort 2.1, one HDMI 2.1 and one Type-C port will be available.

Available from Radeon RX 7900 XT and RX 7900 XTX 13th December Must be commercially available. AMD is the top model in terms of price 999 dollarsWhere the XT model 899 dollars Cost It is not known at the moment how much the GPUs will cost in this country. Prices will be slightly higher due to the weak euro, which means the 1,000 euro mark will also fall. Estimated prices will be 1,249 (XTX) and 1,099 euros (XT). However, this is an estimate based on current exchange rates.

What is Roblox, how does it work, and is it safe for kids?

AirPods 2, offers the minimalist story: the accessory for the festival of Papa –...

100 Days of War in Ukraine: How Conflict Continues in Cyberspace | WeLiveSecurity

The current state of 5G in Australia