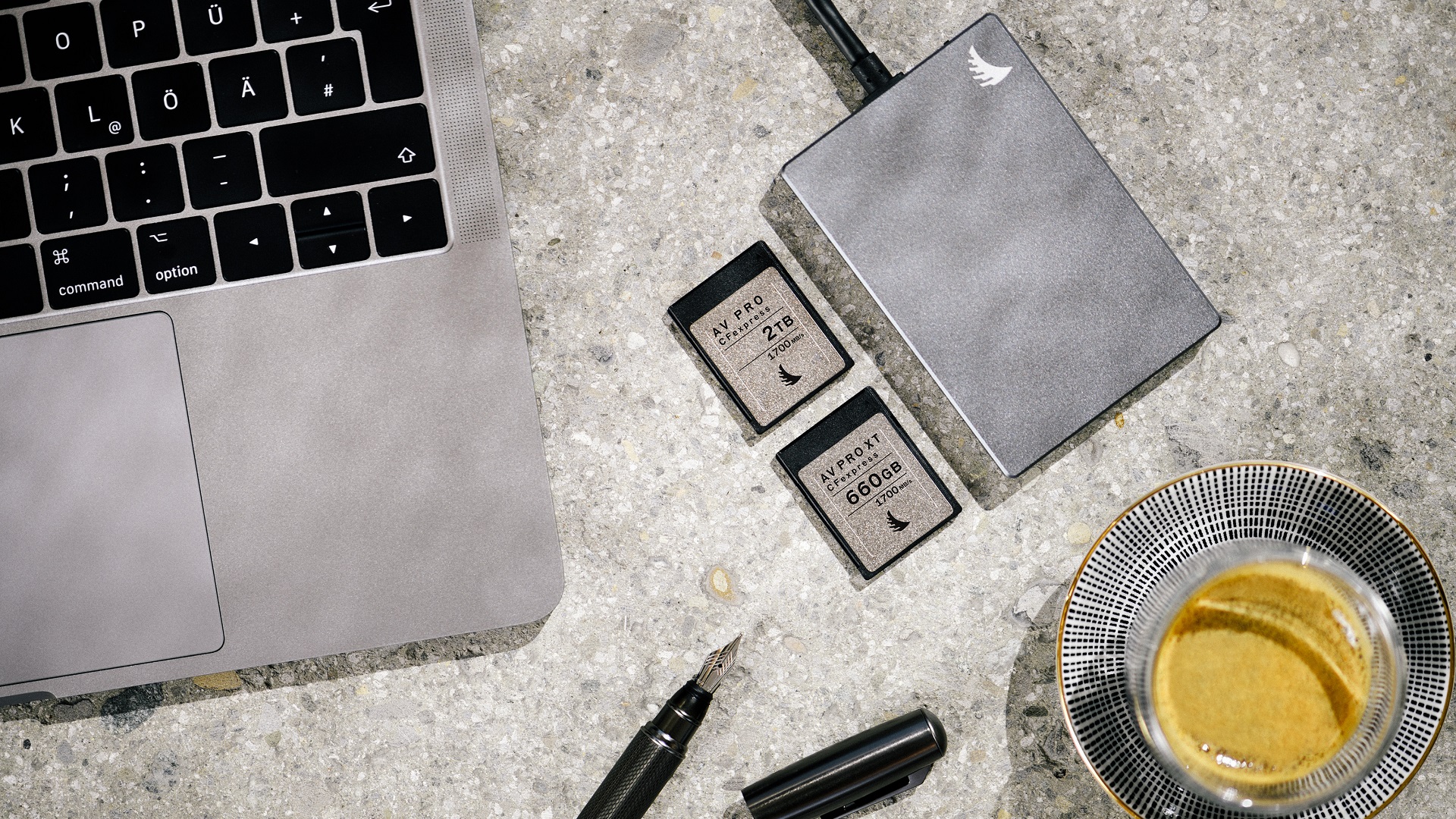 First announced in 2016, the CFexpress technology promised to offer impressive transfer speeds, but as with every new technology, its adoption in the industry took some time. Since the CFexpress 2.0 standard was announced in 2019 with three types of cards – Type A, Type B, and Type C – more and more camera manufacturers started adopting this standard. It seems that CFexpress is the future of ultra-fast memory cards.

As Angelbird claims, they adapted and tested a Y1 controller processor to work with the CFexpress technology. It enables the new cards to offer higher sustained speeds while generating less heat and consuming less power. According to Angelbird, the card goes into a deep idle mode when not in use – it consumes less than 0,1W of power.

Adaptive Thermal Management is a technology that protects the cards from potential damage due to camera/processor heat that can occur during prolonged recording. Heat sensors within the card monitor operating temperature of the processor and NAND flash components and protect the card and its contents by automatically signaling a safe shutdown or adapting its performance.

With these new cards Angelbird focused on sustained speeds. This number is actually much more relevant than a maximum speed, which is written on memory cards. Sustained speed (also referred to as a “minimum speed”) is what really matters when using any memory card in a camera. It means the card’s speed will never drop below this point which is vital for the card to sustain a data stream of a certain bitrate from the camera and avoid any dropped frames.

Angelbird AV PRO CFexpress XT cards offer even higher performance with a minimum sustained write speed of 1480 MB/s (minimum read speed is 1500MB/s). Maximum speeds are 1700 MB/s for read and 1500 MB/s for write. Currently, these cards come in capacities of 330 GB and 660 GB. Soon, a 1.3 TB version of this card should come.

Angelbird also offers a free data recovery service that covers media that has encountered physical damage and/or software issues such as data or file corruption. Their staff will evaluate the issue and safely attempt a secure data-recovery in their lab along with complementary express shipping.

Angelbird also launches a new CFexpress card reader. With its USB 3.2 Gen 2, 10 Gb/s connectivity, it includes USB-C to USB-C cable (50 cm / 19.7″) and an active USB-A to USB-C adapter. The reader is fully compatible with Thunderbolt 3.

Angelbird implemented a “Write Protect” function into their card readers. By enabling this switch, the user can not delete or erase anything by mistake. This feature is supported for Mac, Windows, Linux, and Android. The new CFexpress card reader also stacks modularly with the company’s other card readers (CFast 2.0 and Dual SD reader).

According to Angelbird, the cards should be available now. We will add prices as soon as we know them.

For now, you can get those new cards by buying them directly from Angelbird:

As always, the company offers single cards or “Match Packs” – two (or four) matched cards in a bundle. As Angelbird claims, CFexpress Match Packs are engineered in small quantities and fully tested and qualified in-camera to assure full compatibility and functionality at all available codecs.

What do you think of the new Angelbird CFexpress media cards? Are you using CFexpress already? Do you have a good experience with Angelbird media? Let us know in the comments section underneath the article.