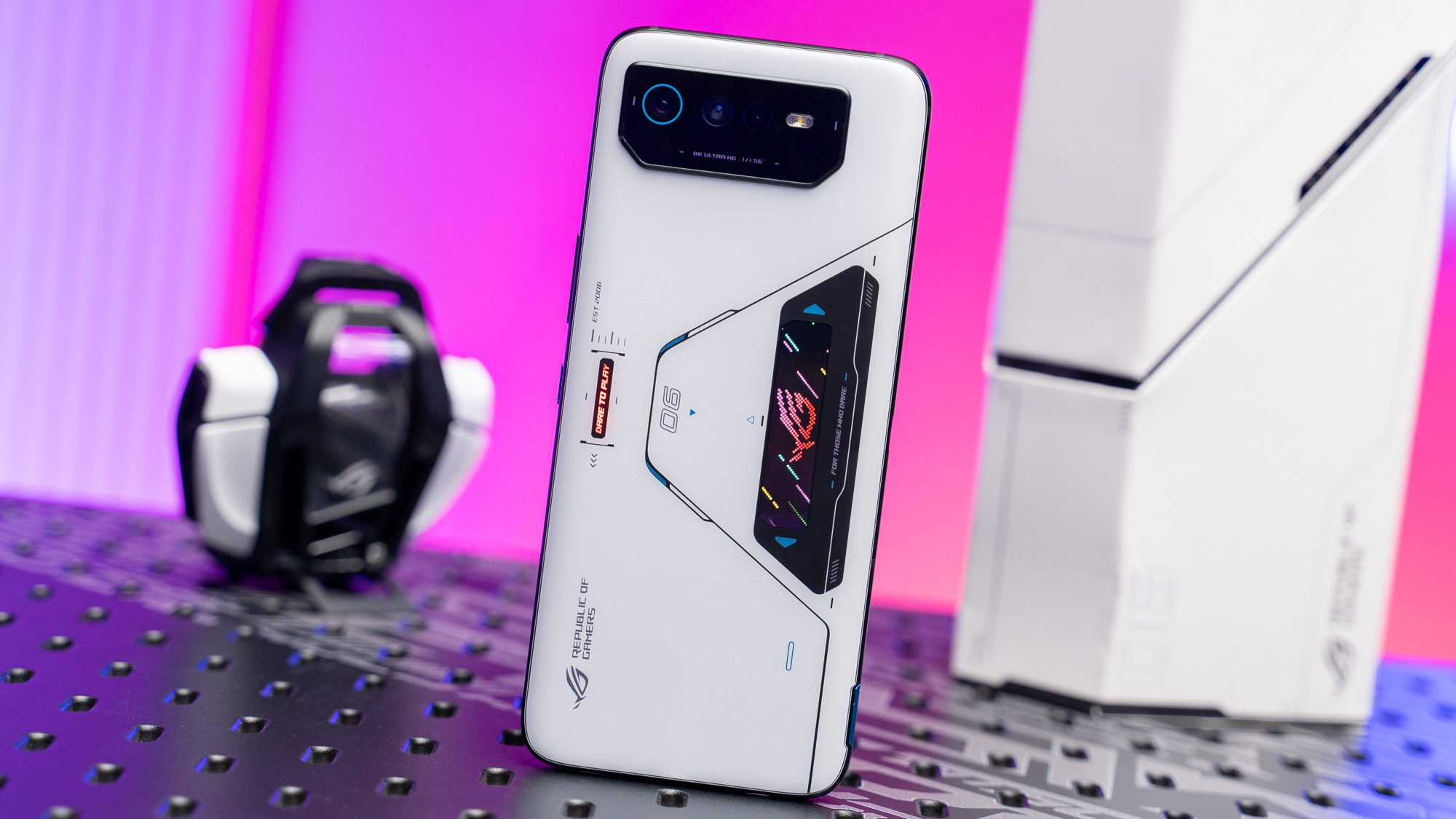 Here’s the next generation: Asus has given ROG Phone 6 some decent upgrades. With the Snapdragon 8+ Gen 1, the gaming smartphone not only gets more functionality, but also gets stronger coolness, a refreshed design and a new main sensor for the camera. We already have smartphones in our editorial office and can give you a first impression.

About four years later The first gaming phone from Asus ROG The ROG Phone 6 is already with us. Asus is again offering the device in two versions: a standard model black or white, and a Pro version white. In addition to different memory configurations, the models initially differ in one feature: the ROG Phone 6 offers a Gorilla Glass 3 back Illuminated ROG logo When the ROG Phone 6 Pro has a Small OLED display For animation.

Compared to the previous generation, the ROG Phone 5 (s), Asus has further improved the smartphone and made subtle adjustments. The ROG Phone 6 is one of the first, if not the first, devices with Snapdragon 8+ Gen 1 SoC – Qualcomm’s new “powerhouse”. The chip clocks up to 3.2 GHz and therefore promises a decent increase in performance. However, by switching to TSMC as a manufacturer, efficiency has also increased.

The integrated Adreno 730 graphics unit then ensures the highest possible FPS value while playing. Depending on the model, it has up to 18 GB of RAM and a maximum of 512 GB of internal memory. Battery is an offer 6,000mAh capacity, Which is divided into two cells of 3,000 mAh each. ROG Phone 6 is loaded Up to 65 watts, A full charge should take less than 45 minutes. Wireless charging is not supported.

Asus has significantly improved the cooling system so that the inner hardware does not overheat and this results in performance throttle. The circuit board with the Snapdragon chip is now in the middle of the smartphone. Focus is a so-called “360 degree cooling”, Where the thermal paste between the stacked PCBs is supposed to ensure better heat transfer than air. In addition, r The steam chamber increased by 30%.

You can opt for the new one if you want Aeroactive cooler 6 Occupy that on one Peltier material There is a small fan together with the use of electricity to cool the back of the smartphone properly. Also, there are four more buttons for gaming with the cooler. Coordination with AirTriggers in an aluminum frame For ROG phones 6, mapping up to 18x is possible on the touchscreen.

Your monitor can pack up: 165 Hz OLED

Speaking of displays, Asus uses one here 6.78 inch AMOLED panel Full HD + resolution, up to 1 ms response time and 165 Hz frame rate. Touch sampling rate is a maximum of 720 Hz, which according to Asus should ensure a touch latency of only 23 ms. With a Maximum brightness 1,200 nits The screen would then be surprisingly suitable for gaming or watching movies outside. There is also an in-display fingerprint sensor to unlock the smartphone. The front is also made of Gorilla Glass Victas.

Other features of ROG Phone 6:

Last but not least, there are cameras, which may not play a major role in a gaming smartphone. Nevertheless, Asus has now (finally) given the ROG Phone 6 a new main sensor: Den Sony IMX766 with 50 megapixels, Known from the Oppo Find X5 Pro (test). It also has a 13 MP ultra wide angle with a 125 field of view and a 5 MP macro camera. The front has a 12 megapixel selfie camera.

You can get some more impressions of the latest Asus gaming phones in our video. We look forward to hearing from you: What do you think of the new ROG Phone 6? And do you like gambling on the go? 3

Asus is bringing a total ROG Phone 6 in August Three forms In the market. The gaming smartphone is then available at Asus online shops or from selected partners. Pre-orders for the standard version are starting today (July 5), the Pro model can be pre-ordered from August 1st. We’ve listed the trio in compact form for you:

Available as an alternative to the AeroActive Cooler 6 89.99 Euro RRP, the Kunai 3 gamepad (either black or white) is 119.99 Euro RRP. The glass screen protector from Asus is priced at 29.99 Euro RRP.

Asus Zenfone 9: Compact Android with a top-of-the-range heart, sold at a great price

AMD shows Intel how it’s done by bringing its most exciting tech to older...