Is this a bad idea? Learn about the pitfalls and what organizations should be doing to address lax security versus productivity.

As a system administrator I’ve dealt first-hand with increased security controls during the coronavirus pandemic. The need for remote work access has gone hand in hand with the need to ensure such access is fully secured.

Measures I’ve worked with have included providing company-owned laptops to users (which are the only devices permitted to connect to the VPN), multi-factor authentication (MFA), VPN timeout settings requiring network reauthentication within a specific time frame, mandated mobile device security settings for employee phones with access to company applications or data, network segregation, and soft tokens with biometric access to internal company resources.

None of these practices have proved particularly cumbersome with the exception of network segregation which requires the use of an internal “jump box” to connect to certain resources not directly available on the VPN. However, that is a trade-off most employees—including me—are more than willing to make to not have to deal with a commute or a potential coronavirus exposure.

Unfortunately, some companies have gone the other way on security, whether through their own intentions or employees taking alternate routes to get what they need done. Auditing and monitoring for potential security issues, implementing strict policies and guidelines, ensuring standardization of access, applications, tools and devices, and conducting rigorous periodic employee education are key elements to keeping security priorities from sliding into an abyss.

I spoke with Matt Davey, CXO at 1Password, a password manager provider, about recent security concerns. The company did some research earlier this year that pinpointed some of the security concerns involving shadow IT. The research found a majority of users had created business-related accounts which their IT departments didn’t know about, a third reused memorable passwords and nearly half used similar passwords.

Since 80% of data breaches involve insufficient password hygiene, it’s obvious that lax security protocols such as this can pose significant risk, and in this era of remote work the saying “you can’t manage what you can’t measure” applies.

Scott Matteson: What security protocols have been relaxed by some organizations?

Scott Matteson: What was the rationale for this?

Matt Davey: At the end of the day, it comes down to productivity. Forty-six percent of those we surveyed said that the relaxed protocols were due to two factors: Employees get more done when they manage their own software, and employees pushing back against strong security protocols.

The first is, of course, explicitly about productivity, but the pushback also boils down to productivity.

The resistance to stronger security stems from this perception that it interferes with getting things done. Four in five workers say they always follow their company’s IT policy, which means one in five don’t. That aligns with one of our major takeaways, that just 20% of workers account for all shadow IT activity (the use of unauthorized software without IT approval). Those who bypassed IT cited productivity as the number one reason for doing so.

Similarly, about 16% of employees say convenience is more important than security.

Scott Matteson: What was the outcome? Was there any increase in security incidents?

Matt Davey: Our research didn’t get into specific incidents, but when you look at the data, a clear picture emerges.

Similar to its impact on other areas, the pandemic didn’t so much create new trends as accelerate existing ones. In the 12 months prior to our research (conducted in March 2020), 63.5% of workers had created at least one shadow IT account. When the pandemic hit, everyone was scrambling to adjust to a remote setup, which meant seeking out new software to accommodate those new workflows. So, there’s little doubt that there’s been an uptick in shadow IT accounts being created during the pandemic.

Scott Matteson: How long is this expected to go on?

Matt Davey: As long as this remote work moment lasts, this will continue.

We’re not going back to the way things were anytime soon. Many companies are looking at their office space and wondering why they were paying those expensive leases in the first place. Some have already given their employees the option of working from home permanently.

That being the case, I think it’s more helpful to talk about the new normal, rather than things going back to the way they were. Again, this is the result of things that were already happening. In our research, 64% of employees said their company was prepared for the switch to remote work. That means that many saw the writing on the wall and had made the proper investments before COVID-19 turned the world on its head.

And now that that initial investment’s been made, those firms can focus on optimizing for a future in which remote work is, if not the default, certainly a much bigger part of the picture.

Scott Matteson: Are there any proposed or confirmed remedies you might recommend?

Matt Davey: It’s easy to say that the right balance of productivity and security will be different for every company, but I want to go further and reframe that conversation altogether. As WFH reconfigures our entire infrastructure, pitting security against productivity becomes less helpful.

Instead, we should think about IT becoming more of a trusted business partner. That means letting workers choose their tools and accommodating them—their stated goals of getting more done in the name of the business are what we all want, after all.

At the same time, if you’re putting more control into the hands of business users, you should also be teaching them how to do their work securely, so education becomes key. Poor password practices are related to a significant majority of attacks so, nailing the fundamentals of security best practices for end users can have a big impact.

Scott Matteson: What’s going to happen in the future?

Matt Davey: As I said, WFH is here to stay. Upwork recently announced the results of a 20,000-person survey in which as many as 11.5% of workers plan to move because they can now work from home more often. That’s huge. Now, not only can firms dip into a larger pool to find talent, the flip side is also true—workers will have more options than ever since they’re not limited to a particular location. That means that firms will need to be more flexible in their WFH accommodations to stay competitive and attract top talent.

As that happens, I expect a significant shift in the way that IT operates. They’ll need to form trusted partnerships with their business counterparts, taking on more of an advisory role. That requires IT becoming more integrated into the business side of things, which is a pretty drastic departure in how IT departments operate day to day right now.

For example, at the moment Identity and Access Management (IAM) is a huge time suck. According to our research, IT spends 21 days (a full month!) every year performing simple IAM tasks like resetting passwords. I expect they’ll be more than happy to leave those days behind.

Strengthen your organization’s IT security defenses by keeping abreast of the latest cybersecurity news, solutions, and best practices.
Delivered Tuesdays and Thursdays

₹262.00 (as of January 17, 2022 07:18 GMT +05:30 - More infoProduct prices and availability are accurate as of the date/time indicated and are subject to change. Any price and availability information displayed on [relevant Amazon Site(s), as applicable] at the time of purchase will apply to the purchase of this product.)

(3)
₹1,999.00 ₹999.00
Most Complete Ethical Hacking Book Bundle Book 1: Ethical Hacking Book 2: Dark Web Book 3: Kali Linux Paperback Binding
(as of January 16, 2022 22:27 GMT +05:30 - More infoProduct prices and availability are accurate as of the date/time indicated and are subject to change. Any price and availability information displayed on [relevant Amazon Site(s), as applicable] at the time of purchase will apply to the purchase of this product.) 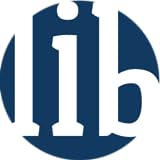 (13)
₹0.00
100% free and no setup & cancellation fees Works on all devices - Android, iOS, Mac, Desktop, FireTV Unlimited speed, bandwidth, servers, connections, & devices No in-app purchases Plug and play Bypas... read more
(as of January 17, 2022 07:18 GMT +05:30 - More infoProduct prices and availability are accurate as of the date/time indicated and are subject to change. Any price and availability information displayed on [relevant Amazon Site(s), as applicable] at the time of purchase will apply to the purchase of this product.)

Ethical Hacking: A Complete Guide With Tips and Tricks. Find out about penetration testing and cyber security by studying advanced ethical hacking methods and techniques (2022 for Beginners)

₹224.00 (as of January 17, 2022 13:53 GMT +05:30 - More infoProduct prices and availability are accurate as of the date/time indicated and are subject to change. Any price and availability information displayed on [relevant Amazon Site(s), as applicable] at the time of purchase will apply to the purchase of this product.)

(3)
₹2,049.00 ₹699.00
RANSOMWARE PROTECTION: Provides complete protection to your important data against critical ransomware attacks. It detects and blocks unknown ransomware attacks in real time. EMAIL PROTECTION: Efficie... read more
(as of January 17, 2022 07:18 GMT +05:30 - More infoProduct prices and availability are accurate as of the date/time indicated and are subject to change. Any price and availability information displayed on [relevant Amazon Site(s), as applicable] at the time of purchase will apply to the purchase of this product.) 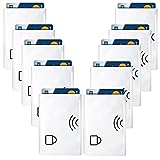 (2)
₹500.00 ₹129.00
10 RFID CREDIT CARD COVER SLEEVE - Our secure blocking credit debit card sleeves comes in a Silver Colour. Its smart design fits traditional size cards that slots perfectly into your pocket, wallet, o... read more
(as of January 17, 2022 13:53 GMT +05:30 - More infoProduct prices and availability are accurate as of the date/time indicated and are subject to change. Any price and availability information displayed on [relevant Amazon Site(s), as applicable] at the time of purchase will apply to the purchase of this product.) 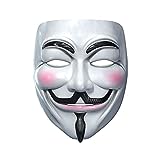 (7)
₹599.00 ₹200.00
This is the latest and premium product by team Pop the party Developed after R&D from our exclusive customers. The pack includes 1 Pc. Hacker Mask for Costume Pack 1 White Anonymous Face Masks for Hal... read more
(as of January 17, 2022 13:53 GMT +05:30 - More infoProduct prices and availability are accurate as of the date/time indicated and are subject to change. Any price and availability information displayed on [relevant Amazon Site(s), as applicable] at the time of purchase will apply to the purchase of this product.)

(35)
₹1,249.00 ₹199.00 (as of n/a - More infoProduct prices and availability are accurate as of the date/time indicated and are subject to change. Any price and availability information displayed on [relevant Amazon Site(s), as applicable] at the time of purchase will apply to the purchase of this product.)

Best headphones for gaming in 2020

The Last of Us Day 2020 Preview: Celebrate with New Posters, Collectibles, and More