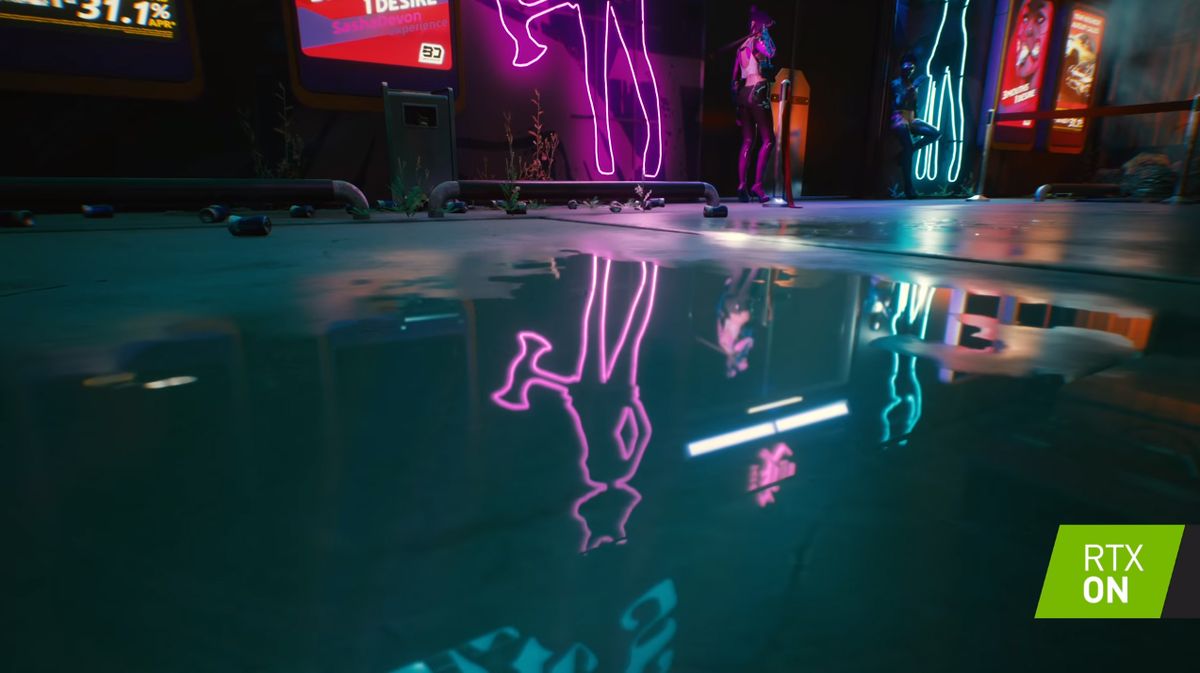 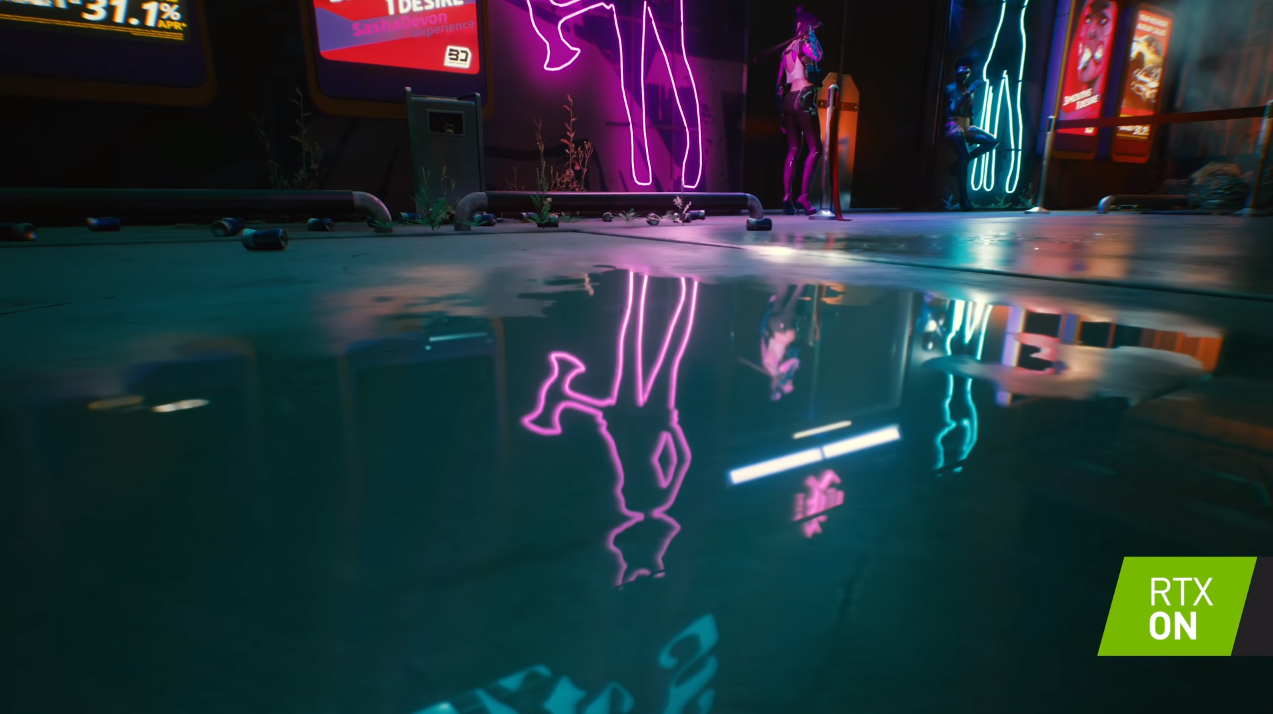 A new teaser video from Nvidia, embedded above, shows off what Cyberpunk 2077 will look like with one of the GeForce RTX 30-series video cards announced today. The RTX 3070 was a bit of a surprise: It’ll be $499 when it launches in October, and Nvidia says it’s faster than a $1,200 RTX 2080 Ti. Not bad. (Unless you recently bought an RTX 2080 Ti, in which case we’re sorry.)

So far, the best showcase of Nvidia’s ray tracing tech I’ve seen is Control, which offers an ideal environment for light simulation: a mid-century office building stuffed with metal, glass, and shiny floors. Getting a great framerate with RTX on and a current 20-series card can be a struggle, though. At 1440p with my RTX 2070 Super, I get around 30 fps in Control with ray tracing set to high. Nvidia’s DLSS technology, which improves performance by rendering scenes at a lower resolution and then upscaling them with ‘deep learning’ AI, bumps me up to 50 or 60 fps and still looks pretty good. (I know ‘deep learning’ and ‘AI’ can be annoying buzzwords, but DLSS really does dramatically improve performance without too much of a visual hit.)

For the same price as my RTX 2070 Super, however, the RTX 3070 should well exceed 60 fps with the same settings, so turning RTX on won’t feel like nearly as much of a compromise. And without knowing exactly how demanding Cyberpunk 2077 will be, any of the 30-series cards ought to make it shine, ray tracing-wise.

Like Control, Cyberpunk 2077 is well-suited for ray tracing. It’s full of neon, leather pants, shiny cars, and puddles, and all of those things look nice in the teaser, if not ground-breaking after Control. It might help to see more than brief clips with a panning camera. (And, to be fair, while Control takes place in the large but limited space of The Oldest House, CD Projekt’s game is an open world giant.)

We’ll examine the quality of Cyberpunk 2077’s puddle shininess ourselves when it releases on November 19, assuming it isn’t delayed again (it probably won’t be at this point). Meanwhile, the RTX 3080 and RTX 3090 release on September 17 and September 24 respectively, and the RTX 3070 will be out in October.

I’m not sure I’ll upgrade before Cyberpunk 2077 releases, so I’ll be interested to see if I can get Control-like performance with my RTX 2070 Super. I hope so, although it might be hard to see past the large red clown nose I’m wearing for buying into the clearly transitional 20-series in the first place.

₹16,231.00 ₹8,514.00
To Delight Entertain and Educate! This learning chart is a wonderful ally both in the classroom and at home. It contains informative educational content and the colorful design makes it perfect to dis... read more
(as of October 27, 2021 07:03 GMT +05:30 - More infoProduct prices and availability are accurate as of the date/time indicated and are subject to change. Any price and availability information displayed on [relevant Amazon Site(s), as applicable] at the time of purchase will apply to the purchase of this product.)

Micro Four Thirds looks to be far from dead – Newsshooter