Facebook recently launched a new video series in which it’s showcasing interviews with internal experts working on specific platform tools, in order to provide more insight into how each works, and how users can get the most out of the various functions the platform has to offer.

The first video in the series looked at Creator Studio, while the second looked at Facebook Live. The most recent addition focuses on Live Producer, with tips on how to use the platform to maximize your Facebook Live broadcasts via new additions like graphic overlays, visual tools, advanced technical connections and more.

Bennett says that main focus of the new Live Producer was to make it easier to use, while you can also now have several people working on a single live-stream broadcast at the same time.

“Now if you have you and a person who’s maybe remote, or you have someone who maybe wants to moderate comments, you can work on the same broadcast to two different computers.”

Bennett also notes that going live from a camera is now better quality, which is important for professional streams.

Bennett also discusses the new comment moderation modes within Live Producer, which give broadcasters more capacity to control who can comment on their streams. 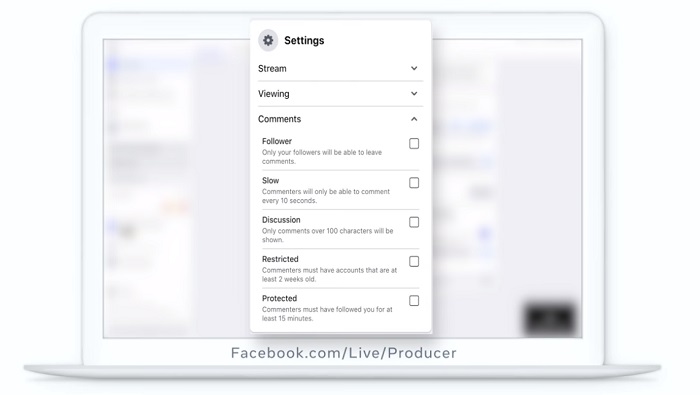 As you can see here, creators now have more capacity to control their comments, and they can limit the display to top comments, filter out profanity, stop newly created accounts from commenting. etc.

Bennett also discusses the new graphics options available via Live Producer, which provide new ways to display comments and additions in-stream. The options are available to selected users at this stage. 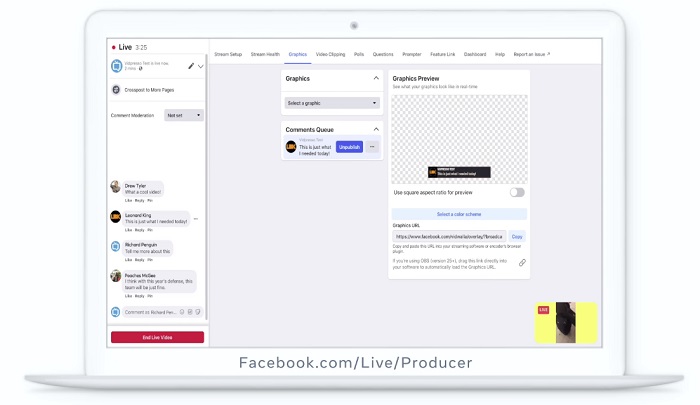 Bennett also discusses live clipping, which enables broadcasters to create smaller video clips from their live streams, during the broadcast itself, and ‘trimming’, which is new option to cut out segments from your video – like, Bennett notes, the early part of your stream where you’re waiting for people to join, which you might not want or need on your replay.

In terms of tips, Bennett encourages broadcasters to consider how they can ‘tell users where you’re going’ in order to encourage ongoing viewership. Bennett notes that the new graphics options can help with this, in indicating what other topics or segments might be coming up in your stream.

The new videos are a great way to get some insight into where Facebook is looking with its video tools, and the latest additions and tools its added – and why its added them – which can help improve your approach.

Double extortion ransomware attacks and how to stop them

Google Contacts Will Soon Be Visible on the Gmail Side Panel

Check your Alexa settings: Amazon Sidewalk has automatically switched on