We’ve known about it for months, but the Google Pixel 5 is finally official. Coming in at $699, the new Google flagship sacrifices a bit of power on paper to deliver a lower price, 5G, and flagship-level features in other areas.

What if you want more value for money? Or maybe you simply want a world-class phone regardless of price? Join us as we look at some of the best Google Pixel 5 alternatives you can get your hands on. The OnePlus 8 isn’t quite as big a leap as the OnePlus 7T was in the brand’s smartphone history, but you’re still getting a good flagship phone for the same price as the Pixel 5 in the US ($700). It matches the Pixel device by packing 5G, a 90Hz OLED screen, and 128GB of base storage.

OnePlus’ phone steps things up over the Google flagship by offering a more powerful Snapdragon 865 chipset, 30W wired charging (versus 18W charging), a slightly bigger battery, and higher resolution main and selfie cameras if you care about that. OnePlus also tends to offer three Android version updates to its flagships, in line with Google.

If you want more raw power, the OnePlus 8 is an affordable alternative

Google’s phone does have a few upsides compared to the OnePlus 8 though, such as wireless charging and a reputation for better image quality. It’s also worth noting that US carrier versions of the OnePlus device are the only variants to officially offer water resistance. Meanwhile, the Pixel 5 offers IP68 water and dust resistance.

The OnePlus Nord is another Google Pixel 5 alternative worth checking out, especially as its ~$350 to ~$460 price tag means it’s well under the Google flagship’s price. You do miss out on wireless charging and an IP rating, but it packs six cameras (a case of quantity over quality though), a 90Hz OLED screen, and a Snapdragon 765G 5G processor. Sadly, it’s unavailable in the US, but those in Europe or looking to import could do far worse than OnePlus’ first budget phone in many years.

There’s also the OnePlus 8T to consider if you’re prepared to wait. It’s expected to cost more than the Pixel 5 when it launches later this month, but shouldn’t break the bank. The Pixel 4a 5G is arguably the most obvious and best Pixel 5 alternative, as it basically offers the core Pixel 5G experience without the flagship extras. That means you’re not getting a 90Hz refresh rate, wireless charging, or water resistance. Google’s cheaper 5G phone also skimps a little on battery size and RAM compared to the Pixel 5.

The two phones still share plenty of features though, such as a Snapdragon 765G chipset, the same dual rear camera setup (12MP main plus 16MP ultra-wide), and Google’s clean version of Android with three years of promised version updates.

Related: Google Pixel 5 vs Pixel 4a 5G vs Pixel 4a: Which should you buy?

Best of all, the Pixel 4a 5G comes in at $499, making it $200 cheaper than the Pixel 5. If you want to go even lower there’s the Pixel 4a too, though you’ll be further sacrificing some crucial features like 5G and a second camera, and that’s before you take into account the even weaker SoC.

So, if you want a bit more than the Pixel 4a but don’t want to splash out $700 on the Pixel 5, this is a great middle ground.

The Pixel 4 series is generally considered to be one of the more disappointing Pixel releases to date, with Google forgoing an ultra-wide lens and the standard Pixel 4 offering a tiny battery. That’s before you even consider the measly 64GB base storage, the less-than-stellar debut of Motion Sense, and the initially high price tags.

In saying so, the Pixel 4 series is still worth considering at the right price, as it offers a more powerful chipset than the Pixel 5, a 90Hz OLED screen, and a dedicated zoom camera. Otherwise, the Pixel 5 brings back the fingerprint scanner, offers 5G, and an ultra-wide shooter in lieu of the telephoto camera. Decisions, decisions.

The Pixel 4 series started at $800, but you’re likely to find it at a cheaper price now that the Pixel 5 and Pixel 4a 5G are out. As the phones have been discontinued they won’t be around for long, however. Samsung’s latest Galaxy S20 series phone might just be the best Samsung flagship phone of 2020. For starters, it comes in at just $700, making it $300 cheaper than the Galaxy Note 20 and Galaxy S20 and matching the Pixel 5.

You do miss out on features compared to the S20 though, such as a glass back, 8K video recording, a high-resolution camera for zoom shots, and a QHD+ screen. Then again, the Galaxy S20 FE offers S20 series staples like a Snapdragon 865 or Exynos 990 chipset, water resistance, wireless charging, a flexible triple rear camera setup, and a 120Hz screen (at FHD+).

Samsung’s phone also delivers a 4,500mAh battery that’s identical in size to the S20 Plus and bigger than the vanilla S20. Although the big downside here is that the device only offers 15W wired charging. So expect to wait a while before your phone is fully topped up.

For a more detailed comparison, check out our Vs at the link above. Apple’s iPhone 12 is around the corner, but the $700 iPhone 11 is still one of the better Google Pixel 5 alternatives if you need a phone right now. The two phones share features like water resistance, wireless charging, and a dual rear camera setup (main+ultra-wide as well).

More on Apple: Everything we know about the Apple iPhone 12 series

The iPhone 11 differs thanks to its use of the iOS platform in lieu of Android, while also offering a more powerful processor that dukes it out with the best Android chipsets. Otherwise, Apple’s device lacks a high refresh rate OLED panel and fingerprint unlock, so the choice might not be clear-cut for many.

Like the idea of an iPhone but want to go even cheaper? Then the $400 iPhone SE 2020 is for you. It may have a dated design, LCD screen, and single rear camera, but it does bring wireless charging, water resistance, fingerprint unlock, and Apple’s flagship A13 Bionic processor. In Europe or Asia? Then you’ve also got a great Pixel 5 alternative in the newly announced Xiaomi Mi 10T Pro. For €599 you get a phone with a high-end Snapdragon 865 processor, a 144Hz LCD screen, and a 5,000mAh battery with 33W charging.

Related: These are the best Xiaomi phones you can buy

There are a few missing features here compared to the Pixel 5 though, such as an OLED screen, wireless charging, and water resistance. It’s also not as easily available in the US compared to Google’s phones. But if you want an ultra-fast phone that should last a while, this is worth considering.

Realme’s early 2020 phone is slightly cheaper than Google’s new flagship in Europe, but it takes the Xiaomi approach of delivering impressive core specs compared to the Pixel 5. It ups the ante over the Google phone by offering a truly top-end processor, super-fast 65W wired charging, a flexible rear camera setup, and a versatile dual-selfie camera pairing.

The Realme X50 Pro also packs a 4,200mAh battery and a 90Hz OLED screen, as you’d expect from higher-end 5G devices in 2020. The Pixel 5 enjoys wireless charging and water resistance, which are both lacking on Realme’s phone. In addition, while Realme’s Android skin is fairly clean and fluid, the company still tends to lag behind when it comes to update commitments.

LG launched its flagship V60 earlier this year, but the Velvet is one of the more direct Google Pixel 5 alternatives out there. LG’s later release matches up pretty well to Google’s phone by virtue of it having the same chipset, water resistance, and wireless charging too.

But the Velvet comes in at $100 cheaper in the US, and offers a slightly bigger battery and a headphone port too. An optional Dual Screen case also turns your LG phone into a foldable of sorts if you like the idea of that.

It’s not all great for the LG device though, as the Pixel series tends to trounce LG devices in terms of pure image quality, while the Velvet’s ultra-wide camera also sees a downgrade in theory over the Pixel 5 and previous LG phones. It also offers a 60Hz refresh rate compared to the 90Hz option on the new Pixel.

That’s it for our look at the best Google Pixel 5 alternatives! Are there any other similarly priced phones you can recommend? Let us know in the comments.

(659)
₹1,21,499.00 ₹94,999.00
Google Pixelbook Go M3 Chromebook 8GB/64GB Just Black
(as of November 26, 2021 13:21 GMT +05:30 - More infoProduct prices and availability are accurate as of the date/time indicated and are subject to change. Any price and availability information displayed on [relevant Amazon Site(s), as applicable] at the time of purchase will apply to the purchase of this product.) 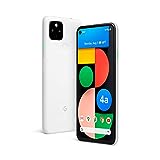 (179)
₹55,000.00 ₹48,990.00
5G capable cell phone gives you an extra boost of speed so you can download a movie in seconds, enjoy smooth streaming in ultra clear HD, play games at home and on the go, and even share your 5G speed... read more
(as of November 26, 2021 05:27 GMT +05:30 - More infoProduct prices and availability are accurate as of the date/time indicated and are subject to change. Any price and availability information displayed on [relevant Amazon Site(s), as applicable] at the time of purchase will apply to the purchase of this product.) 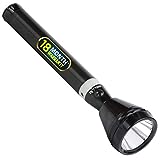 (4481)
₹1,899.00 ₹1,320.00
Long Distance Beam Range. Water resistant Highly Sturdy and Secure Aircraft Aluminium Body. LED lamp life up to 100,000 Hrs. Bright cool daylight Unbreakable front cover glass. ACDC 110V-240V, 50/60 H... read more
(as of November 26, 2021 13:15 GMT +05:30 - More infoProduct prices and availability are accurate as of the date/time indicated and are subject to change. Any price and availability information displayed on [relevant Amazon Site(s), as applicable] at the time of purchase will apply to the purchase of this product.) 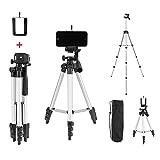 (33033)
₹1,999.00 ₹299.00
Material: Aluminium Alloy,Three-Way Head:The tripod's three-way head allows for ultimate versatility. Easily change the orientation of the camera from portrait to landscape--and almost any angle in be... read more
(as of November 26, 2021 04:08 GMT +05:30 - More infoProduct prices and availability are accurate as of the date/time indicated and are subject to change. Any price and availability information displayed on [relevant Amazon Site(s), as applicable] at the time of purchase will apply to the purchase of this product.) 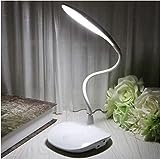 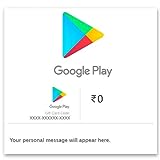 (18911)
₹100.00
Power up in over 1M Android apps and games on Google Play, the world's largest mobile gaming platform. Use a Google Play gift code to go further in your favorite games like Clash Royale or Pokemon GO ... read more
(as of November 26, 2021 16:28 GMT +05:30 - More infoProduct prices and availability are accurate as of the date/time indicated and are subject to change. Any price and availability information displayed on [relevant Amazon Site(s), as applicable] at the time of purchase will apply to the purchase of this product.)

₹4,899.00 ₹3,500.00
Вид продукта: ленты, тип ткани: корсажная лента, стиль: односторонняя, ширина: 1 дюйм Размер модели: 17013007, техника выполнения: с рисунком, рисунок: комикс, материал: 100% полиэстер, производитель:... read more
(as of November 26, 2021 14:31 GMT +05:30 - More infoProduct prices and availability are accurate as of the date/time indicated and are subject to change. Any price and availability information displayed on [relevant Amazon Site(s), as applicable] at the time of purchase will apply to the purchase of this product.)

Black Friday – stay safe before, during and after peak retail season