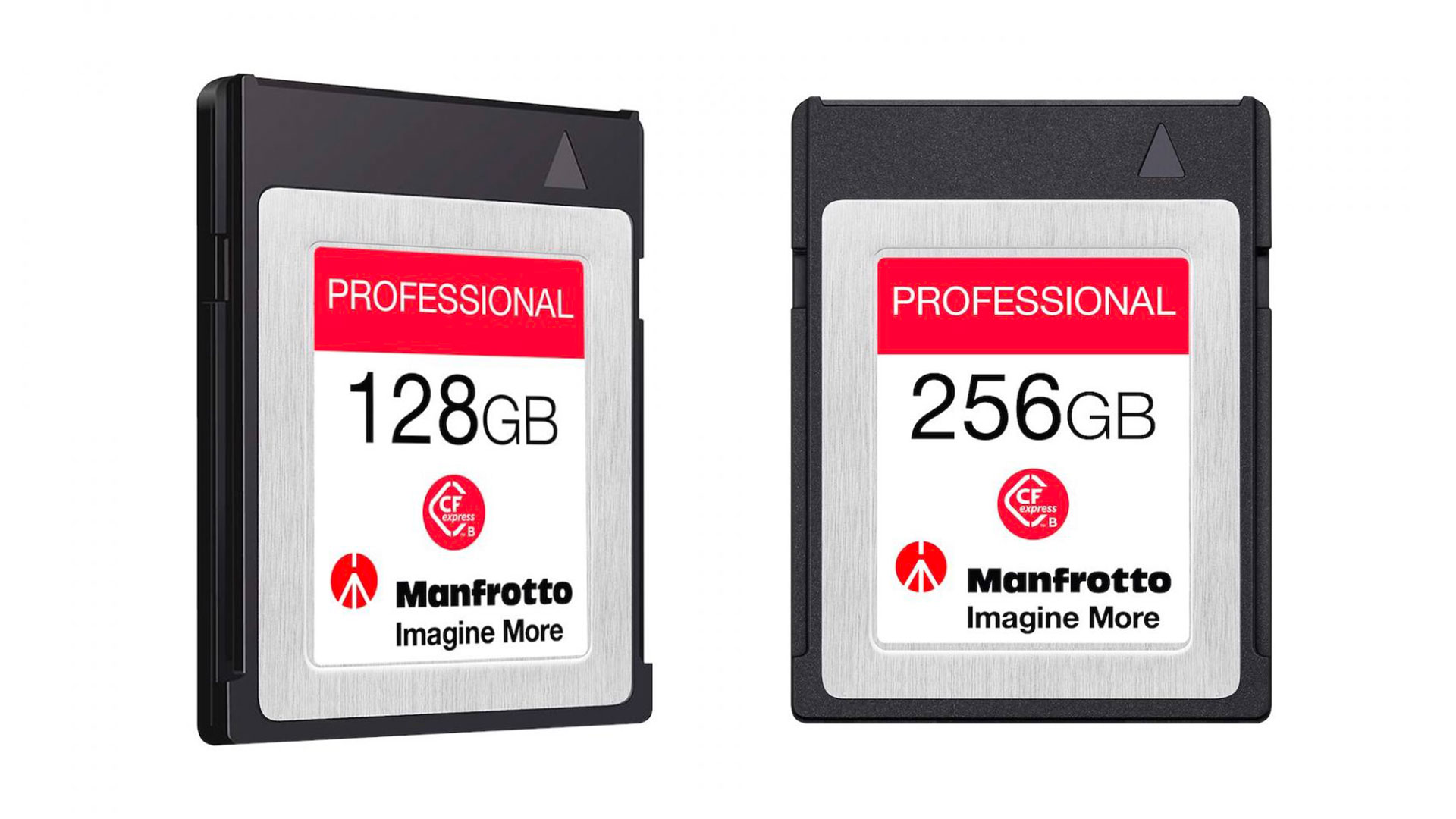 Manfrotto recently launched a new lineup of CFexpress Type B memory cards in two flavors: the Manfrotto Professional CFexpress Type B 128GB and 256GB cards. These cards can reach a maximum write speed of 1730Mo/s and a read speed of up to 1540Mo/s.

Earlier this year, Manfrotto introduced its line of “Pro Rugged” SD/micro SD/CF cards. These cards are waterproof (except the CF ones), they support a 20kg payload on them, and they can work under harsh conditions from -25°C up to 85°C. With more and more cameras using CFexpress cards, like the Canon EOS-1D X Mark III, Canon EOS R5, Nikon Z 6 II, and so on, Manfrotto is joining the CFexpress party.

The Manfrotto Professional CFexpress Type B memory cards are available in two sizes: 128GB and 256GB. Both cards feature blazing fast read speeds of 1730Mo/s and write speeds up to 1540Mo/s. In short, you shouldn’t have any problems recordings 4K 120p, 8K, and RAW footage onto these bad boys.

Did you make the switch to CFexpress cards yet? What brand of memory cards do you use? Don’t hesitate to let us know in the comments below!

Bad Actors Are Maximizing Remote Everything