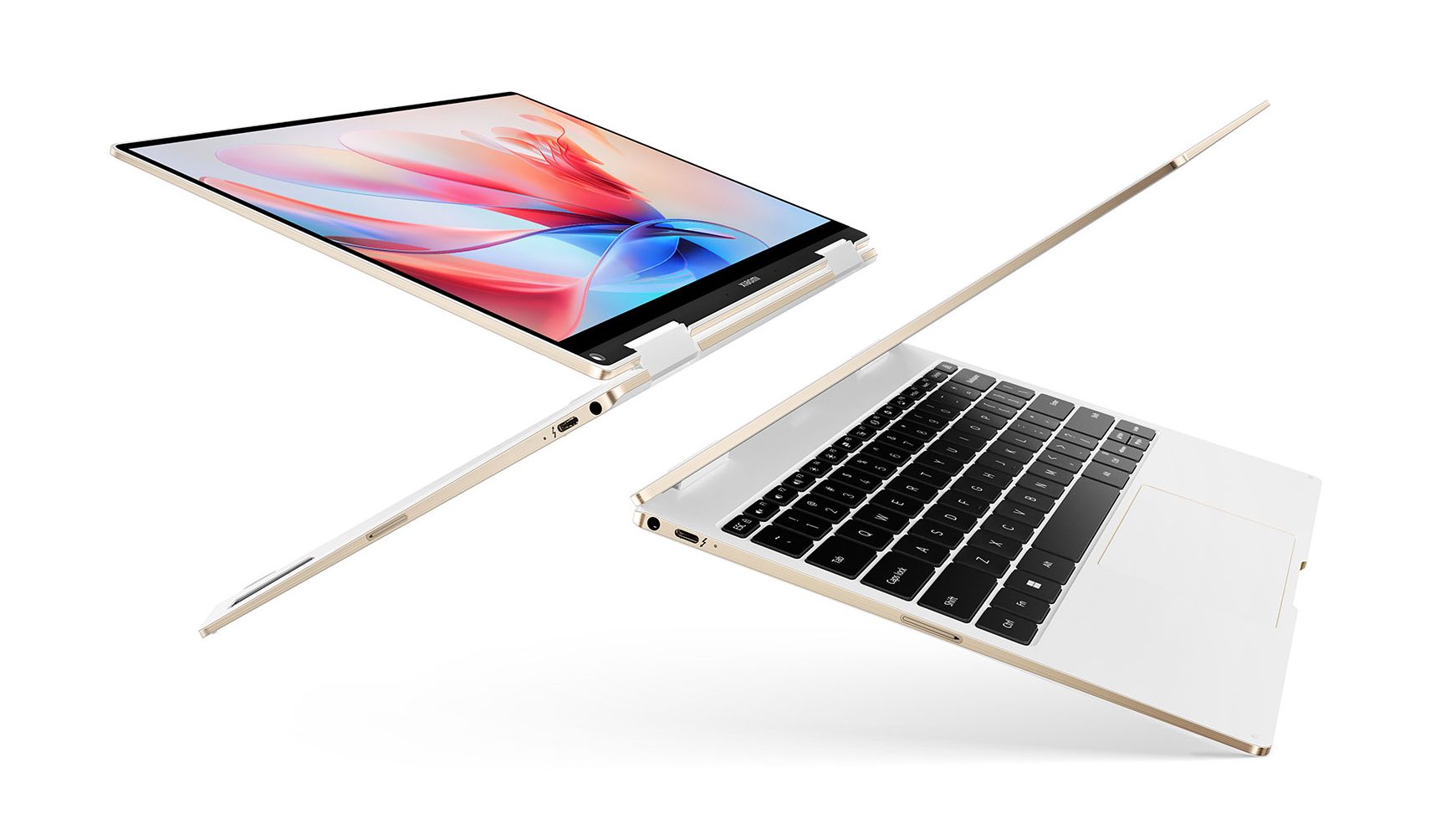 Although the new Xiaomi Book Air 13 is only 12 millimeters thin, the convertible notebook features a powerful Intel Alder Lake processor and a crisp OLED display with a 2.8k resolution and a peak brightness of 600 nits. But what else is in the CNC-milled aluminum housing?

Xiaomi presented the notebook at a launch event in China, which also featured the new Redmi Note 12 Discovery Edition with 210 Watt Charging technology unveiled. Its 4,300 mAh battery gets fully charged in just 9 minutes, crazy right? But the new Book Air 13 should also impress, as Xiaomi has built a very promising ultrabook convertible here.

The case is only 12mm thin and brings Only 1.2 kg On the scales Xiaomi has chosen a white design with golden edges, which creates a very elegant look. For faster data transfer 2x Thunderbolt 4 (USB-C) On board, which is accompanied by a 3.5 mm jack connection – but that’s about it. While that’s a bit of a bummer in itself, it’s also common for an ultrabook of these dimensions.

Ultra-thin and with a foldable OLED display

After opening, waiting for you 13.3 inch OLED panel With 2,880 x 1,800 pixels and brightness up to 600 nits. Since it’s a convertible, of course there’s a touchscreen on board, which can also be used with a stylus. It is also practical Ambient light sensorwhich automatically controls brightness, as well as DC dimming without flickering.

Under the hood, the Xiaomi Book Air 13 relies on one Intel Alder Lake Processor Energy-efficient U series. Specifically, either a Core i5-1230U or Core i7-1250U is on board, each with two performance and eight efficiency cores. In addition, 16GB LPDDR5-5200 memory as well as one 512GB PCIe SSD Finally, the included 58.3 Wh battery should ensure the longest possible runtime. Windows 11 is pre-installed as the operating system.

Xiaomi will first launch the Book Air 13 in China, where the convertible notebook will be manufactured 5.999 yuan start – Equivalent to around 830 Euros. It is currently unclear whether the Book Air 13 will make it to the global market and possibly Germany as well. Do you want notebooks in this country? 😊

leonardo Jiyaza …primarily responsible for the field of smartphones and mobile devices, but also examines other hardware highlights such as cases, processors and motherboards. Additionally, it ensures high quality images in our test reports.