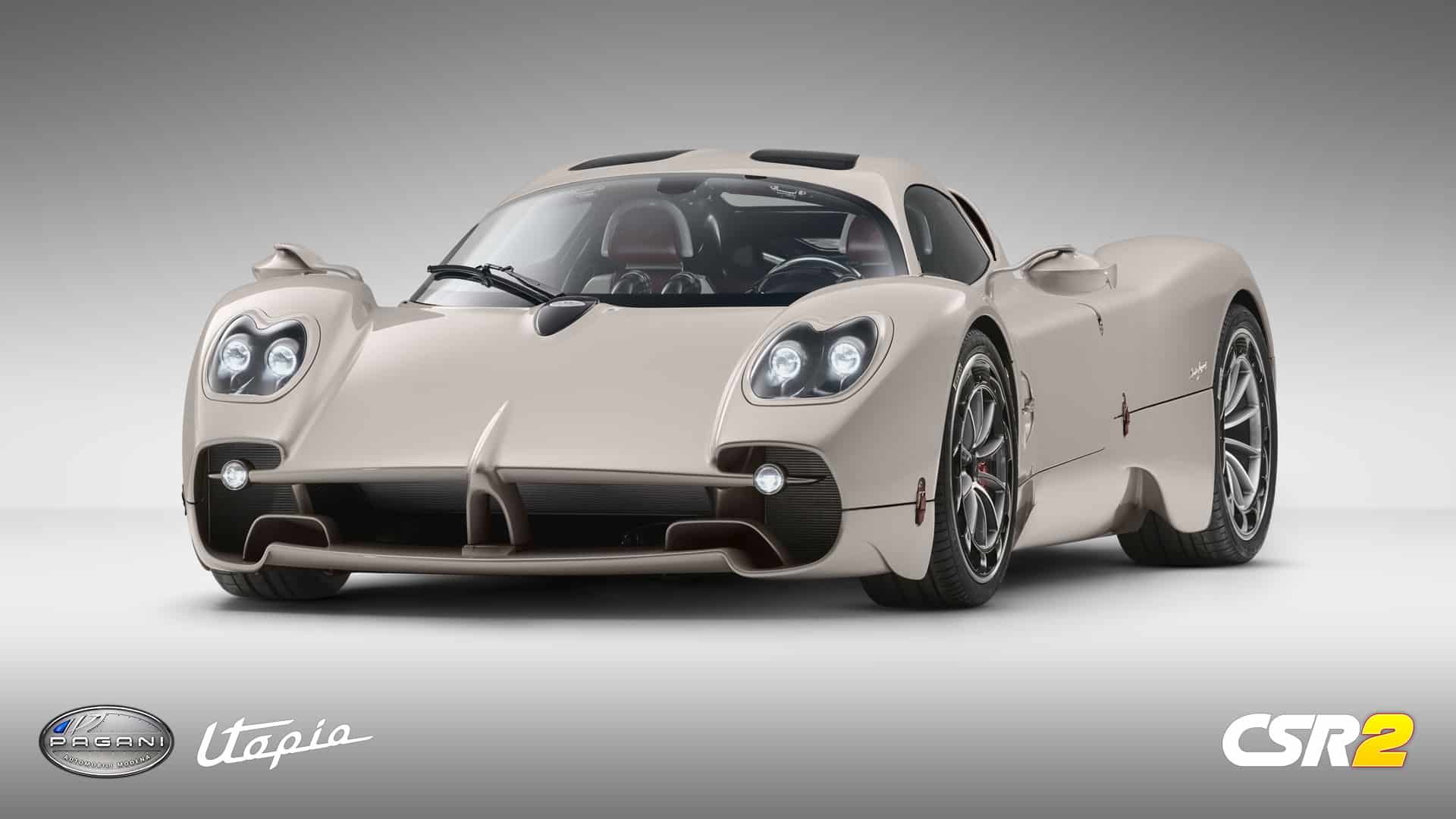 Pagani is an Italian bespoke hypercar atelier based in Italy’s “Motor Valley” known for its high-end hypercars. The company’s vehicles are in high demand and each new hypercar model is eagerly awaited, including the Huayra Roadster BC, which debuted in 2019 at CSR2. Planned to succeed the Huayra, the Pagani Utopia has special meaning as it is the third model after the incredibly alluring Zonda and the globally sensational Huayra, both designed by Pagani founder Horacio Pagani. The company will produce 99 models of the Pagani Utopia, all of which have already been purchased by enthusiasts and collectors, and will begin shipping in 2023 to give CSR2 players an exclusive in-game driving experience.

At CSR2, from September 16th to September 23rd, 2022, players will have the unique opportunity to drive the Pagani Utopia, which has been meticulously replicated in a real car handcrafted for Pagani customers. Players can test drive the car at the dealership and participate in the first three races for free. They can then buy the car to upgrade their car and complete the event by winning in-game items to add to their collection. The event features a total of 40 races on the Route 66 track, where players can compete against other supercars on the famous American highway for in-game prizes.

“CSR2 gives players the opportunity to drive and collect extremely rare in-game cars that are otherwise out of reach for most car enthusiasts,” said Julian Widdows, Senior Vice President of Racing at NaturalMotion. “The new Pagani Utopia is the perfect example of a high-performance car with elegance and design, and CSR2 is proud to be Pagani Automobili’s partner of choice to digitally present Pagani Utopia to the public and mobile gamers.”

“We decided to partner once again with CSR2 to unveil Pagani Utopia because the game showcases the incredible attention to design and detail, just as Pagani does with each of our cars,” said Michael Staskin, CEO of Pagani Automobili America. “Bringing a hypercar like the Pagani Utopia to the world in a mobile game is a true testament to the strength of the CSR2 gaming community and we look forward to bringing this amazing vehicle to mobile enthusiasts around the world.”

CSR2 is available for free download on the App Store and Google Play.