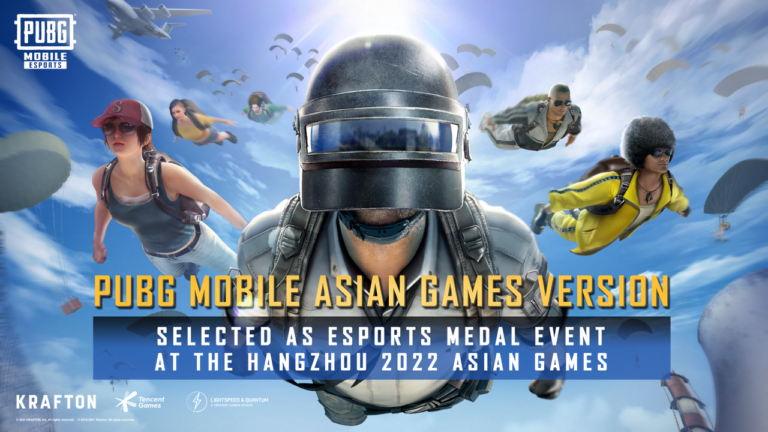 PUBG Mobile will debut as a medal event at the 2022 Asian Games in Hangzhou, China later this September. The popular battle royale title, however, will be very different from the game that is played by players around the world.

In a new Road to Asian Games 2022 website launched by the Asian Esports Federation (AESF), it was confirmed teams will only compete in shooting and racing in PUBG Mobile to decide winners. The AESF is a body recognized by the Olympic Council of Asia (OCA) and is responsible for esports in the 2022 Asiad. The Road to Asian Games is its program to select teams from the respective countries for the final competition in China.

The AESF explained each game will have four teams of four players, each competing across multiple stages. In each stage, there will be missions for target shooting followed by a vehicle drive to the finish line. The rankings will be decided based on which team reaches the finish line first after completing the shooting missions.

“The classic gameplay mixes modern sports events such as triathlons, giving rise to an esports event that corresponds with the sportsmanship – Cross-country Shooting Competition,” the AESF said.

South Korea’s Money Today reported last month that shooting others won’t be permitted in PUBG Mobile at the Asian Games 2022 due to concerns it would “harm the harmony” between countries.

Dot Esports had reached out to Tencent last month and the developer provided the following statement: “In accordance with the sportsmanship and the Olympics vision, the PUBG Mobile Asian Games version will integrate the iconic gameplay of PUBG Mobile and real-sport game experience, which we hope will bring the most unique excitement for our audience. “

It appears that OCA and AESF do not want to show violence at the Asian Games, which is why these big changes are being made to PUBG Mobile.

PUBG Mobile is one of eight games selected as medal events in the 2022 Asian Games. The other games are League of Legends, Street Fighter V., Hearthstone, FIFA, Dream of Three Kingdoms 2, Dota 2and an Asian Games version of Arena of Valor.