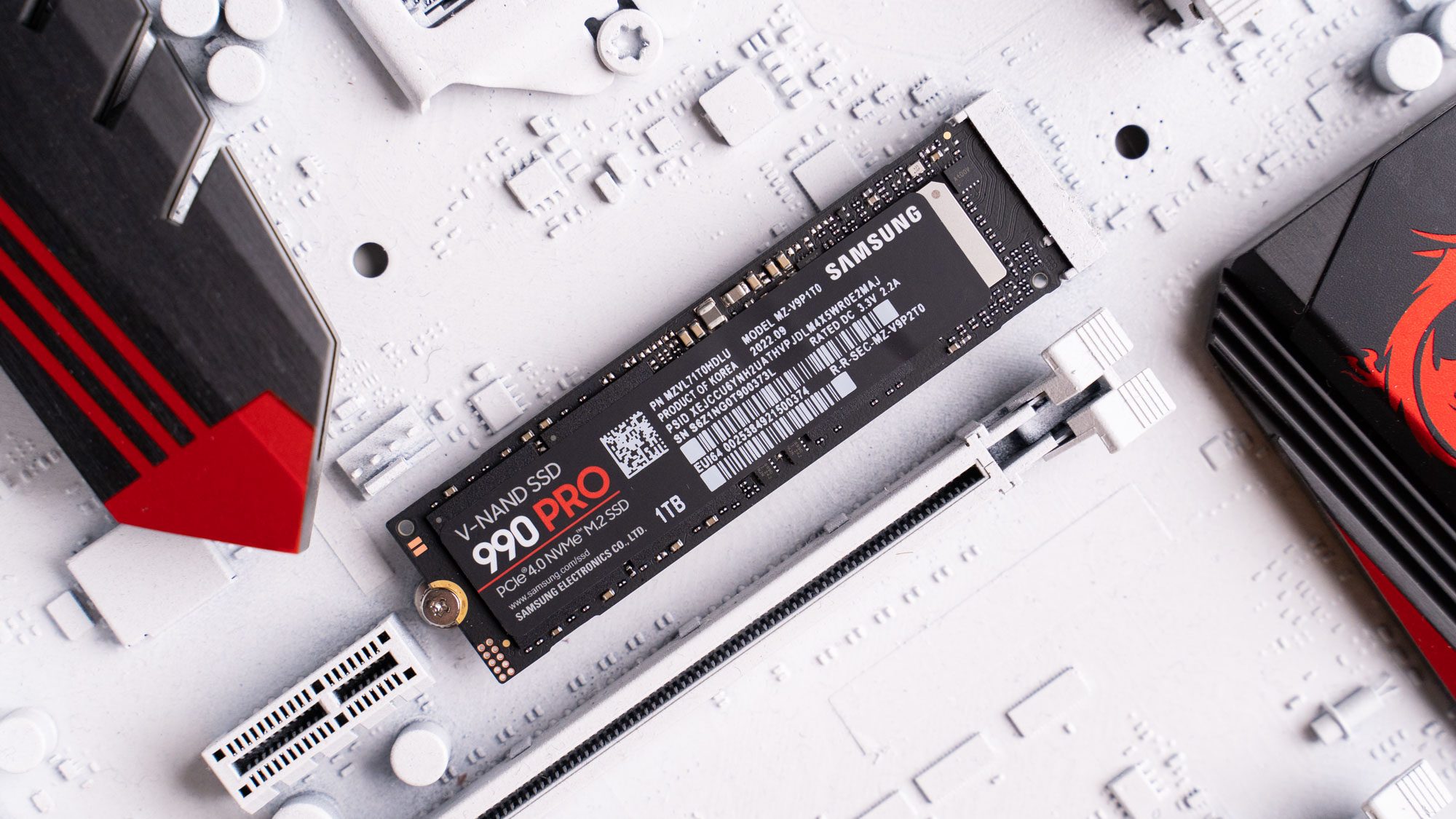 With the new SSD 990 PRO series, Samsung has set the next milestone in performance. You can find out what makes the new high-end SSD model from the South Koreans so successful in the following article.

Samsung has been established as one of the biggest players in the SSD segment for many years. With the launch of its new flagship SSD, SSD 990 PROThe company shows what is possible based on the PCIe 4.0 interface.

The SSD 990 PRO is an extension of the SSD product portfolio, alongside the Samsung SSD 980 PRO series, which ushers in the PCIe 4.0 era for solid state drives in autumn 2020. Unlike the SSD 980 (without the PRO), the SSD 990 PRO does not have a non-Pro model.

if Target group Samsung is very clear with the new 990 PRO series Gamer and Enthusiast Aimed at those who expect maximum performance from their SSD storage. Experience has shown that the demands of this customer group are high: professionals want nothing less than perfect gaming experience and maximum speed when running their own projects.

With the SSD 990 PRO, Samsung is getting things right To fulfill this requirement.

To make possible the high performance of the SSD memory, almost all important components have been compared to the previous model amended.

The Samsung SSD 990 PRO has a new chipset, which is known Samsung Pascal Controller As mentioned. This chip provides more power and higher power efficiency.

With the new chip, it caught on for the first time NVMe 2.0 protocol The indent means that the SSD 990 PRO is ready for the future when it comes to new optimized methods of data addressing and management on the drive.

So that the SSD does not suffocate even in demanding conditions, Samsung treats the drive with one Dedicated DRAM cache, which is measured in terms of total power. The 1TB version has 1GB of cache, the 2TB model has 2GB.

An essential part of the performance upgrade is the new 7th generation V-NAND, now with 176 layers is working. With these new TLC memory chips, Samsung stacks more memory layers on top of each other, increasing speed while increasing energy efficiency. For comparison: the predecessor SSD 980 PRO still worked with 128-layer NAND.

To speed up write access, the SSD 990 PRO can definitely be used Intelligent Turbo Right 2.0 SLC-Cache which now enables write speeds of up to 6.9 GB/s.

Technical information at a glance

The Samsung SSD 990 PRO is currently available in two versions 1 TB and 2 TB storage capacity For purchase. Another model with 4 TB storage space has already been announced. More options including a passive cooler will follow.

Below we have you Technical information SSD 990 PRO in a Nutshell:

In our performance tests of the 1TB model of the SSD 990 PRO (more on that here), we got consistently great data readings. 7.475 MB/s Measured. At the time of writing, arrives with the drive 6.880 MB/s Also brutal standards.

Especially positive It’s worth noting that writing speed was average in our continuous writing test Over 1,900MB/s from Fastest drive ever tested Heard. This means that even users with a high ratio of write accesses can expect maximum performance.

The 990 PRO series is already there Microsoft’s Direct Storage API Windows 11 is set to deliver even greater performance for upcoming game titles.

There’s also good news for console fans: Samsung will also launch the SSD 990 PRO in a version with a heat sink, which PCI-SIG D8 standard Similar to and thus also in Sony PS5 Will fit. So if you want to expand your console memory, you can also use the high performance of the Samsung SSD 990 PRO series here in the future.

Nils forest people … has been with Allround-PC.com for over 16 years and works as an editor and technical manager. In his spare time, Nils likes to tinker and build airworthy models and is outdoors with drones.

Call of Duty: September 15th showcase event will reveal the future of the franchise...

Google, still reeling from an earlier ruling, is suing Sonos over audio patents