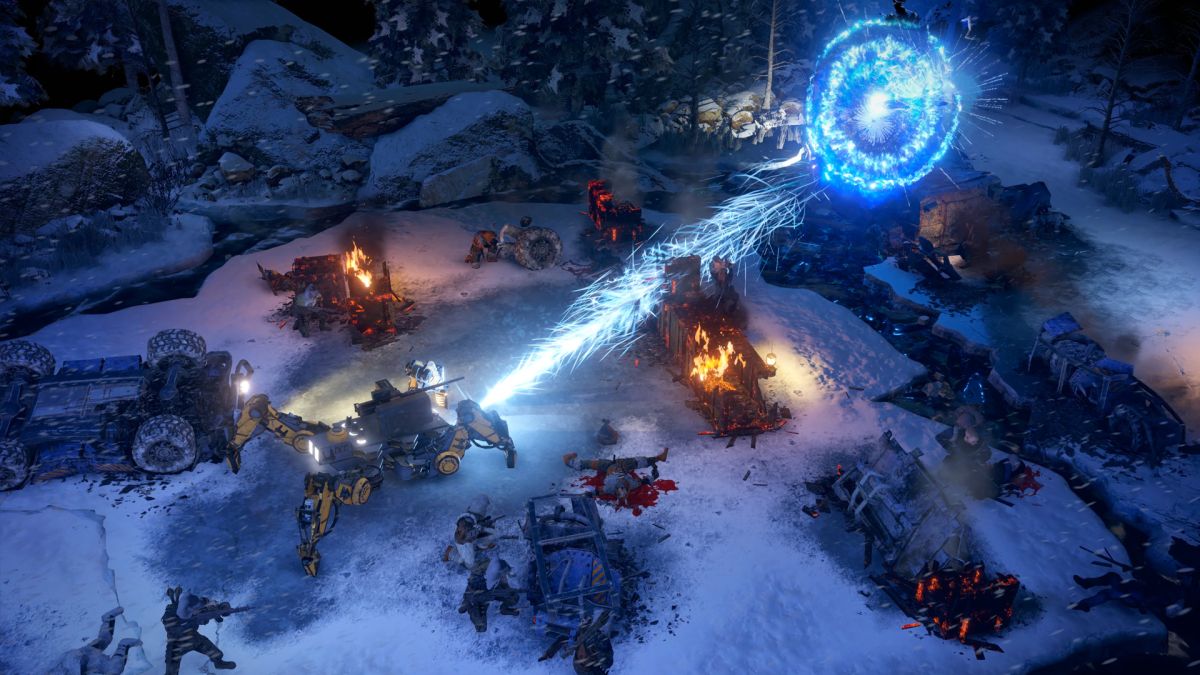 The world of post-nuclear Colorado is harsh and unforgiving, so making sure you have the best Wasteland 3 builds for your Rangers and Companions is crucial. As Jody pointed out in his Wasteland 3 guide, the third entry in the series does feel more modern than the second, but there’s still plenty for you to get your head around.

So, below you’ll find an example Wasteland 3 build for a leader, sniper, and melee type, as well as some advice on how to round out your party once you’ve got the core players in place.

Your sniper is your most important Ranger, as you can use them to pick off a powerful enemy at the start of each combat encounter. The idea is simple: Hit hard, but make sure you don’t get hit back.

Start with the Goat Killer background, which increases your crit chance by five percent. For Quirks, take Death Wish or Sadomasochist; the former grants more action points so you can get off more attacks, but prevents your character from wearing armour; the latter means that both deal and take more damage. Either way, your sniper shouldn’t be getting hit at all, so take every opportunity to boost their DPS.

When it comes to Attributes, make it as easy as possible for your sniper to land their shots. Both Awareness and Intelligence should be maxed out, ensuring the highest possible hit chance, crit chance, and ranged damage. Coordination can drop to four or six, and any remaining points can go into Luck for extra Penetration.

Skills should be put into Sniper Rifles, Small Arms, and Sneaky Shit. Build through the sniper Perks first—they’ll make it easier for your entire party to land their shots—then take the Draw and Trick Shot bonuses from Small Arms. Once you get to Sneaky Shit, opt for Lights Out, which grants a huge boost to sneak attack damage.

For your choice of weapon, consider the relative scarcity of ammunition at the start of the game. If you can, find yourself a Negotiator, which uses energy cells rather than the .30-06 ammo that most other sniper rifles use. Pair it with a reliable pistol—consider the M1911 or the Army Revolver for their Risky Shot ability. Finally, keep a pack of Cigarettes handy to help light (some)one up in battle with some bonus crit chance.

Melee characters are effective frontline troops and they draw fire from other characters. They don’t need ammo, making them a cheap option in the early game, and their DPS certainly isn’t to be sniffed at.

The Lethal Weapon Background and the Blunderer Quirk offer a 15 and ten percent boost to melee damage, respectively. For your Attributes, max Strength first for more health and melee damage. Share the rest of your points between Speed and Awareness to increase your mobility and boost your crit chance to compensate for the negative effect of Blunderer. Ignore Charisma and Intelligence entirely: Nobody will remember how slow-witted you are if you hit them hard enough.

Your choice of Skills and perks will likely depend on what kind of melee character you want. Someone who lets their fists do the talking will want to spec towards Brawling, while those wielding actual weapons will need to invest in melee combat skills. For the most efficient Wasteland 3 build, pick a Bladed or Blunt weapon type, and stick to the perks that benefit it.

Leaders come in two main forms: Kill and Heal, and this build focuses on the latter. Here, make sure you have the speed to give aid to party members in need, so start with the Circus Freak Quirk. For a Background, Sex Machine gives you even more speed, but you can also take Mopey Poet if you’re really concerned about that lack of evasion.

Attributes should max out Charisma to help maximise XP boosts. Speed is obviously important, but with your Background and Quirks, probably doesn’t need maxing—keep it around the four-to-six mark, with the rest of your points invested in Strength for some extra resilience; A dead healer is a worthless healer. The choice of skills and perks for a Heal leader is relatively clear. Opt for First Aid, followed by Leadership: The former increases your speed and the effectiveness of your healing, while the latter buffs your team and debuffs the enemy via the Rally and Demoralize Perks.

The maximum size of a Wasteland 3 party is six, and members are divided into two camps: Rangers and Companions. Rangers can be purpose-built, while Companions have pre-determined stat blocks and personalities. Parties have two-to-four Rangers, with two slots left for Companions. Since you can custom build your Rangers, I recommend a full roster to ensure the most efficient party possible.

If you’re looking for a Heal Leader, create them yourself. It’s possible to grab a sniper companion right at the start of the game, but given their sub-optimal stats and the importance of the role, use the build I created above to produce your own. When it comes to Melee fighters, there are a couple of decent Companion options available: Ironclad Cordite and Fishlips can both hold their own on the frontline, but given the relative scarcity of ammunition at the start of the game, you may not want to wait for your brawler or blade-wielder.

Fill the remaining ranger slot with an explosives expert. The Explodomaniac Background and Pyromaniac Quirks are good places to start, as are the Explosives skills. That’ll leave two spots open for Companions, so consider taking Marshal Kwon, Lucia Wesson, or Scotchmo at the start of the game, but be prepared to swap them out for Victory Buchanan and/or Pizepi Joren later on: Their proficiency with multiple weapon types will help round out your group.

Microsoft Windows’ future is all about users

Celebrating the Life and Work of Avicii with an Encore for Mental Health Support...

Here’s the latest on RTX 3080 stock, according to retailers and manufacturers