The collision of Microsoft and Oracle patches on the same day has contributed to risk and stress for organizations.

Vulnerability disclosures for 2020 are on track to meet or surpass the number disclosed in 2019, researchers report, and the timing of these bug disclosures could prove risky and stressful for security teams.

Risk Based Security’s VulnDB team aggregated 11,121 vulnerabilities during the first half of this year, researchers state in its “2020 Mid Year Vulnerability QuickView Report.” The first quarter of 2020 saw a decline in quantity and an increase in severity of flaws disclosed. Trends indicate the numbers are returning to normal, albeit with a few significant factors quickly driving them up.

One of these is the occurrence of disclosures by Microsoft and Oracle on the same day. These events have been responsible for 818 flaw disclosures, or 7.3% of the total count for 2020. Researchers call them “Vulnerability Fujiwhara,” and they are rare. Two occurred in 2015; the next two will occur in 2025, a conclusion made based on predictable patch releases by the biggest vendors.

“The trend over the past year or two is that more vulnerabilities are being disclosed on Patch Tuesday than any other day of the month,” says Brian Martin, vice president of vulnerability intelligence at Risk Based Security. “It’s very much an outstanding year as far as the pattern goes.”

While Patch Tuesday started with Microsoft, other companies soon followed. Adobe began releasing patches on the same day in 2012; since then, SAP, Siemens, and Schneider Electric have joined. Sometimes other vendors, such as Apple, Mozilla, Intel, and Cisco, will release fixes on the same day. On April 14, 506 new vulnerabilities were reported, 79% of which came from seven vendors. July 14 saw 491 disclosures, with 67% from Microsoft and Oracle alone.

“Five hundred vulnerabilities in one day is absolutely brutal for any organization that runs all three of those platforms and software systems in their organization,” Martin says of Microsoft, Oracle, and Adobe.

The number of Microsoft vulnerabilities disclosed increased by 150% compared with last year, researchers note in the report. There could be several factors for the spike, Martin notes. Microsoft has become more receptive of bug reports and engaged with the researcher community. Its Windows 10 codebase is larger than Windows 7, creating more room for underlying flaws.

The increase of vulnerability disclosures makes things difficult for security teams, which will undoubtedly find themselves overwhelmed when Patch Tuesday hits. Microsoft does a lot of testing, Martin notes, but it can’t test for every configuration or possibility. As a result, firms will need to conduct the patch testing themselves.

“It could be days or weeks before they’re given the green light to start to install the patches on the production network,” he says. “All contribute to a growing window of vulnerability.”

Teams are under pressure to triage, test, and deploy patches in as little time as possible, knowing the bad guys are also racing to write an exploit. With the increase in bugs to address, what once took hours now could take a full day.

In the first quarter of 2020, the number of vulnerabilities disclosed had considerably declined. The instinct is to blame COVID-19, Martin says, but it’s impossible to say whether that’s entirely the case. Many businesses cut budgets and staffing toward the beginning of the pandemic. It’s possible they prioritized fixing bugs over disclosing them. As a result, advisories aren’t shared.

Another factor driving the shift is where researchers disclose. Twenty years ago, every flaw went through a couple of mailing lists or website. Now researchers are challenged to track the many blogs, GitHub repositories, and other sources where new flaws are shared.

Over time, Martin expects numbers will continue to increase as more sources are discovered. By the third quarter and year’s end, he believes the count will return to normal – if not higher.

“There’s a lot of motivation to find vulnerabilities, and you always want to find them either in products that have a very high deployment or high visibility and profile,” he adds.

Windows is a perfect example for broad usage and SCADA for high profile. While most organizations don’t use SCADA systems themselves, everyone relies on them.

Kelly Sheridan is the Staff Editor at Dark Reading, where she focuses on cybersecurity news and analysis. She is a business technology journalist who previously reported for InformationWeek, where she covered Microsoft, and Insurance & Technology, where she covered financial … View Full Bio 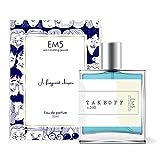 1More Black Friday headphone sale: Save an extra 10% today only