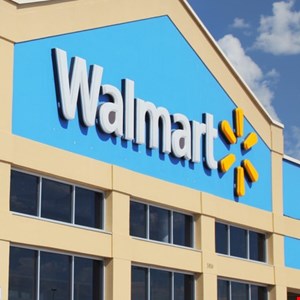 The saga over TikTok’s forced sale to a US company took another turn late this week after it emerged that Walmart is joining Microsoft’s bid for the firm.

Branded a national security threat by the Trump administration, the social media platform was ordered to divest its US operations from Chinese parent ByteDance to a domestic company a few weeks ago.

Microsoft emerged as the earliest big name in the hunt at the start of August, with Satya Nadella confirming that if successful, his firm would store American users’ data only in the US and delete it from any servers outside the country.

“This new structure would build on the experience TikTok users currently love, while adding world-class security, privacy and digital safety protections,” he argued.

However, in a brief statement on Thursday, retail giant and Microsoft customer Walmart said it is joining the Redmond bid.

The firm is reportedly building up an online presence through an Amazon Prime-like Walmart+ subscription service and could benefit from the advertising potential in TikTok.

“We believe a potential relationship with TikTok US in partnership with Microsoft could add this key functionality and provide Walmart with an important way for us to reach and serve omnichannel customers as well as grow our third-party marketplace and advertising businesses,” it said .

“We are confident that a Walmart and Microsoft partnership would meet both the expectations of US TikTok users while satisfying the concerns of US government regulators.”

With Oracle also in the hunt for the social platform, the final sale price could be at the upper end of the $20-30bn quoted by sources. That would get the victor not just TikTok’s US operations but also its business in Canada, Australia and New Zealand.

With around 800 staff in the UK & Ireland, ByteDance is thought to be considering basing its European headquarters in London.