Update, September 2, 2020 (4:20 AM ET): The Xiaomi Redmi 9A is coming to India, the company confirmed in a brief virtual announcement.

It’s the same device that launched in Malaysia and several other markets earlier this year, including a 6.53-inch display, a MediaTek Helio G25 chipset, and a 5,000mAh battery. On paper, it’s a pretty solid budget option especially when the sticker price is factored in.

Original article, June 30, 2020 (02:02 AM ET): We’ve known about the Redmi 9A and Redmi 9C for a couple of weeks now, and Xiaomi Malaysia teased the launch earlier this week. Now, the regional division has launched the budget-focused phones in the market, and you’re looking at two very cheap devices.

Xiaomi Malaysia confirmed on Facebook that the Redmi 9A starts at 359 Malaysian Ringgit (~$84), making it a very affordable purchase. However, the phone will have a flash sale price of 319 Malaysian Ringgit (~$75) when it goes on sale on July 7. For the price, you’re getting a 6.53-inch HD+ screen, MediaTek Helio G25 chipset, 2GB RAM, 32GB expandable storage, a 5,000mAh battery, and a single 13MP rear camera (plus a 5MP selfie shooter).

Meanwhile, the Xiaomi Redmi 9C has a recommended price of 429 Malaysian Ringgit (~$100), and you’re getting a couple of extras for the price. More specifically, you’re getting a slightly better Helio G35 SoC, a rear fingerprint scanner, and a 13MP triple camera setup. Otherwise, you’ve still got the same screen, battery size, and selfie camera.

This also marks the first time we see MediaTek’s Helio G25 and G35 processors, and the Taiwanese firm has been marketing them as gaming-focused SoCs. But truth be told, these chips look like the previously announced Helio P22 and Helio P35 processors.

The best phones under 15,000 rupees in India

Companies like Xiaomi have changed the game in India, with budget-friendly smartphones offering impressive performance and features. Many have followed suit, and even major players like Samsung and LG have jumped into this budget-friendly category …

We’ve got the same octa-core Cortex-A53 CPU (albeit at 2Ghz and 2.3Ghz respectively), a budget-focused PowerVR GE8320 GPU, and a 12nm manufacturing process. However, the firm says these chips are equipped with the HyperEngine suite of technologies, allowing for more efficient resource management, and faster switching between Wi-Fi and LTE.

Nevertheless, we wouldn’t recommend buying phones with these processors specifically for gaming, but these new devices still look like great entry-level phones for the price. Xiaomi has also confirmed to Android Authority that these phones will indeed be coming to more markets, including Europe. But the firm said exact launch dates and markets would be forthcoming at a later stage. 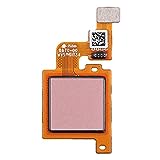 ₹578.50 ₹399.00
Fingerprint Sensor Internal Part Rose Compatible with Xiaomi Mi A1 / 5X Gold Replace your broken or unworkable one with a new one Each item has been checked and good condition before shipping Grade A+... read more
(as of October 21, 2021 11:59 GMT +05:30 - More infoProduct prices and availability are accurate as of the date/time indicated and are subject to change. Any price and availability information displayed on [relevant Amazon Site(s), as applicable] at the time of purchase will apply to the purchase of this product.) 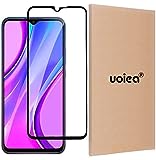 ₹999.00 ₹299.00
[Perfect Fit]: Uoiea Screen Protector.Precise laser cutting technology to offer maximum screen coverage. Material flexibility allows maximum coverage. [Anti Scratching]: 9H hardness this screen protec... read more
(as of October 21, 2021 11:59 GMT +05:30 - More infoProduct prices and availability are accurate as of the date/time indicated and are subject to change. Any price and availability information displayed on [relevant Amazon Site(s), as applicable] at the time of purchase will apply to the purchase of this product.)

Editorial Report: Wi-Fi, public 5G or private network: What’s an enterprise to do?