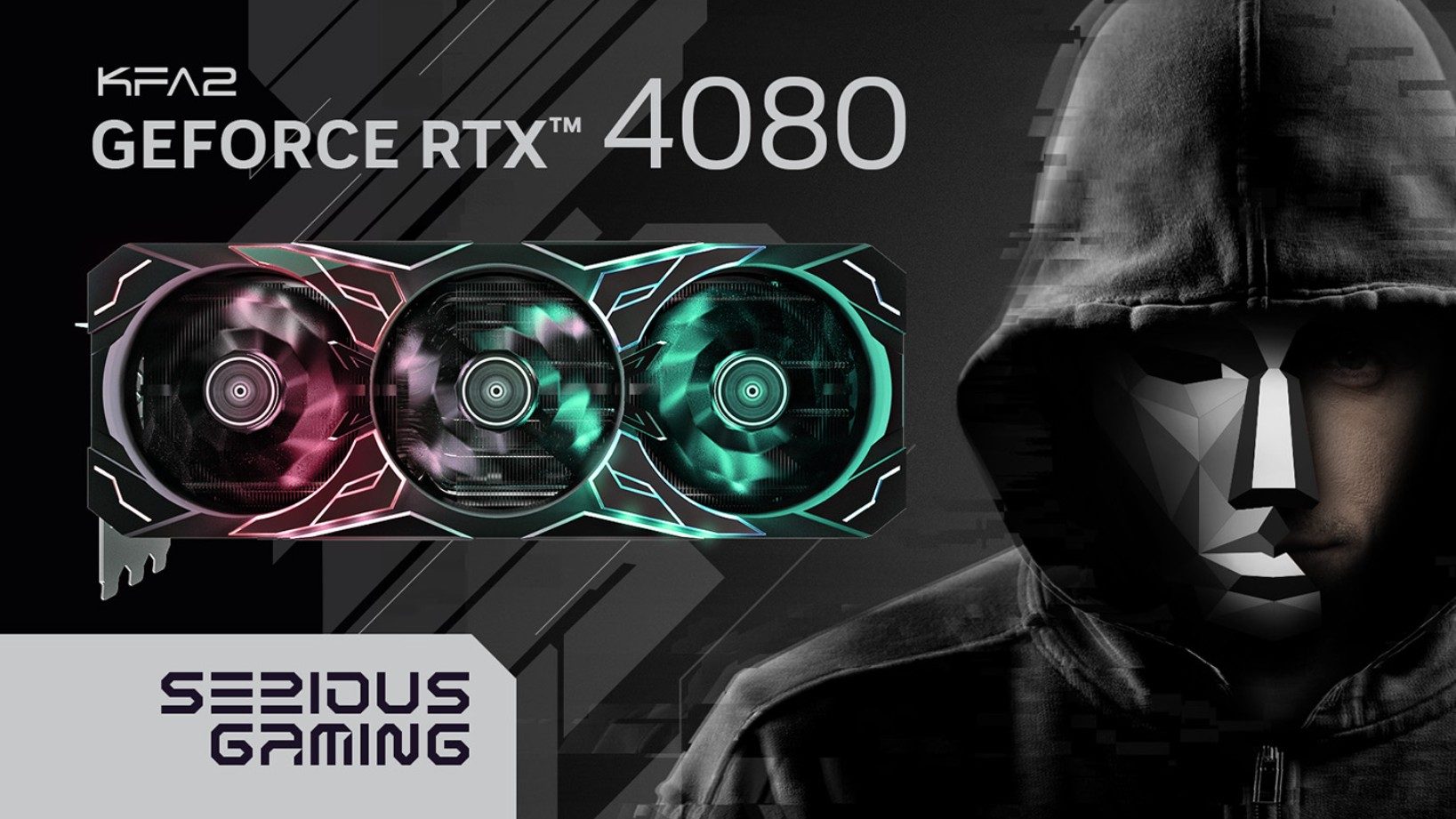 KFA2 is launching a new bolide: with the RTX 4080 SG, the manufacturer presents a new custom model that is particularly large. Like most manufacturers, a cooler with three axial fans is also used here.

The Nvidia GeForce RTX 4080 is officially available from November 16th – at least if it’s available. Apart from the founder edition, some custom models are also available in the store. As recently announced Dr KFA2 GeForce RTX 4080 SG Already available at some retailers. The cost of the card is approx 1.599 euros, making it 130 euros more expensive than the reference. Currently, though, costs are still around €200 above RRP due to poor availability.

The manufacturer uses a huge heat sink for the RTX 4080 SG Three 102 mm axial fansn. The latter have been revised and offer improved reliability compared to the earlier models According to the manufacturer, this is made possible by special double ball bearings. Finally, the entire cooler measures 352 mm in length and 66 mm in height. Of course, the GPU is powered by a ARGB lighting Added, which can be controlled by software. Recently, 1-clip boosters also have lights.

Chip is used AD103-GPU Based on the new Ada Lovelace architecture. A total of 9,728 shader units ensure high gaming performance. For the KFA2 model, the shader clocks up to 2,565 MHz. There is also 16 GB of GDDR6X video memory, connected via a 256-bit wide memory interface. The graphics card is powered by a 12VHPWR connector. The KFA2 also includes a 16-pin PCIe to 4x 8-pin PCIe adapter, allowing use with older power supplies.

How to use Reddit’s new Discover tab to find communities

Intelsat’s goal is to integrate satellites into a telco world