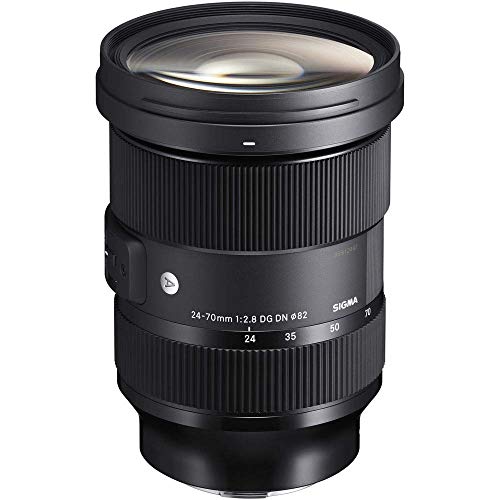 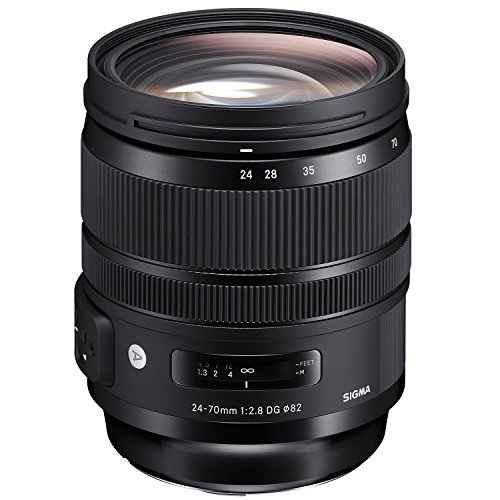 The Sigma 28-70mm f/2.8 DG DN is a compacted take on the popular “desert island” 24-70mm f/2.8 lens that makes a slight concession in focal range at the wide end in order to make itself smaller, lighter, and cheaper: just $900.

This is the latest lens in the company’s “Contemporary” series lineup, which is a categorization of Sigma optics that are typically designed as lightweight, practical alternatives for everyday use and as such are generally available for a more reasonable price than competitor lenses or anything in Sigma’s Art line. Usually, the maximum aperture is the trade-off, but in this case, it is focal length. If you consider the 24-70mm f/2.8 as the common utility zoom lens, Sigma has designed this as a 28-70mm f/2.8, dropping 4mm off the wide end which allows for a more compact design while keeping optical integrity.

This lens has the DG DN designation meaning it was designed for mirrorless as opposed to adapting an SLR design. It comes in Sony E-Mount (used in this review) as well as L-Mount.

Note: As I was preparing this review, Sigma announced a production delay due to ghost resistance deterioration issues, which changed the estimated delivery of the lens. The company has since fixed the issue, and lenses should begin shipping again. The problem is described as an issue of lens coating wear over time, so even if my lens was affected the issue would unlikely come up with the sample prototype I received for the purposes of this review. 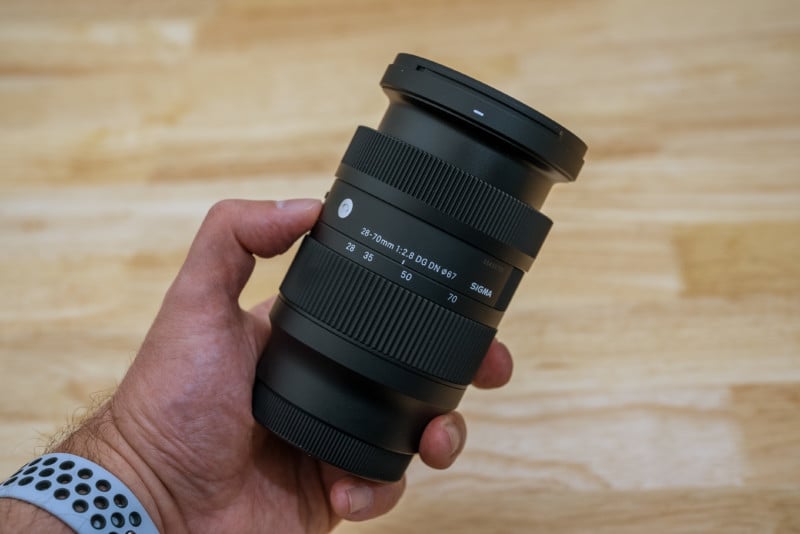 The Sigma 28-70mm f/2.8 DG DN Contemporary lens features 16 optical elements in 12 groups. There are three aspherical elements, two FLD elements and two SLD elements. The lens features a 9 blade aperture and has a minimum focus distance of 7.5” (19cm) at 24mm. As you zoom out this changes to 15” (38cm) by the time you get to the 70mm focal setting which affords a great deal of versatility shooting subjects at close range. 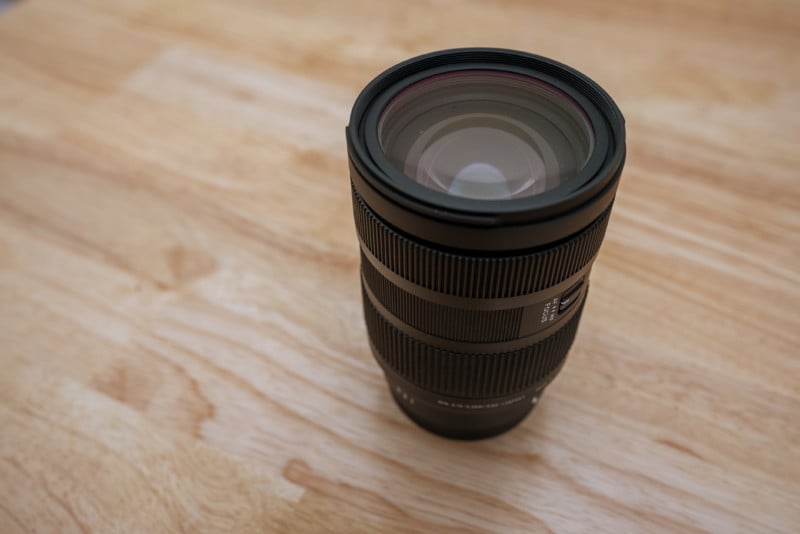 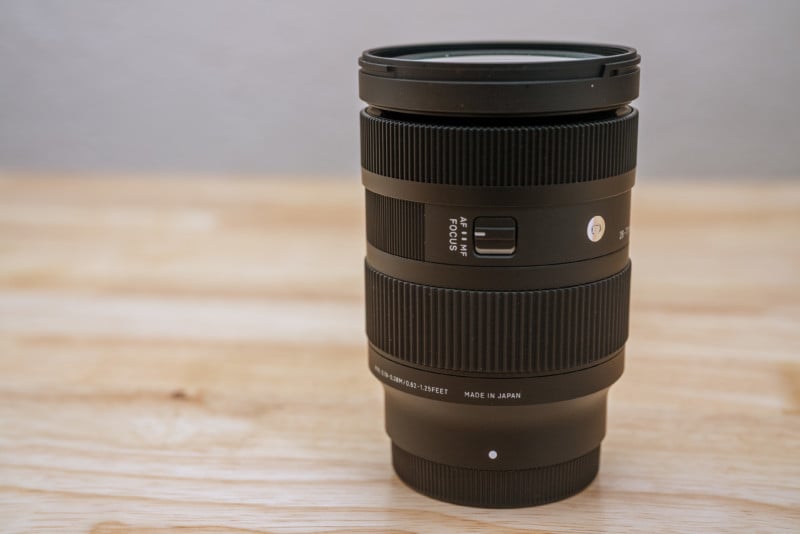 So we have an advanced design, a nice close-focus range and the lens weighs in at 470 grams. While this is light-weight and easy to handle, I was particularly impressed with the rendering characteristics. This is something I typically don’t expect to be very good on zoom lenses at this price point. I am, however quite impressed with what Sigma has developed here. 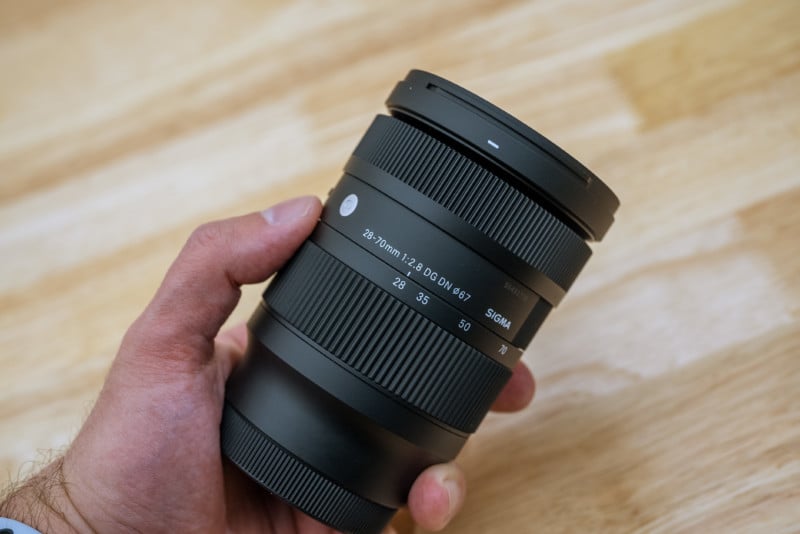 The standout feature on this lens is its ability to uniquely separate the subject in focus at close and medium distances from the background. The optical design handles both localized contrast and bokeh very well, and this combination produces a pleasing separation at wide apertures. I found that for subjects up to about 80 feet benefit from a beautiful separation when shooting at f/2.8. I found this to be the case at all focal lengths, it gives images quite a unique look.

Typically the standard 24-70mm is prone to field curvature issues – especially at the 24mm end. This lens starts at 28mm and is much more flat on its widest focal setting. There is a slight mustache curve with a slight pull towards the left, but for the most part is flat enough to not create severe focus issues.

To test this I used a technique that Roger Cicala at Lensrentals talks about quite often. I made an image of a flat surface with texture, in this case the asphalt on a street. I ran this through the “Find Edges” filter in Photoshop. 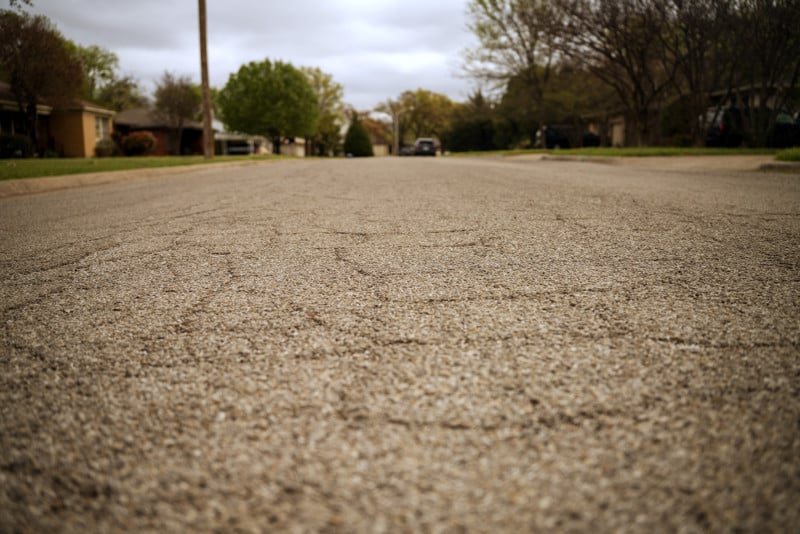 The “Find Edges” filter will separate anything sharp in the image by making it darker than the other areas. The examples below were all shot at f/2.8 and you are looking at the field of focus. I took three different photos at three separate focal lengths: 28mm, 50mm, and 70mm. You can see that the lens is fairly consistent throughout the range of the zoom.

Another thing you can see is how sharpness is best at the center of the lens and it shows that there is a slight fall off as we move to the edges of the frame.

This is somewhat to be expected on a zoom lens, and of course, will improve as you stop down. However, in practical use, I did find that I was losing sharpness even when I closed down the aperture. This might be an issue if you are looking for tack sharp landscape images, but for portraits and other general use where you’re less dependent on sharp corners, this shouldn’t be a major concern.

One of the biggest advantages — if not the biggest selling point — of the Sigma 28-70mm f/2.8 is how it handles. This lens is super lightweight and easy to carry whichi I found surprising for a lens with 16 elements. Sigma has found a way to keep the weight down and it do so without making it feel cheap or “plasticky.”

The tradeoff of 4mm on the wide end seems to make the difference. This an extremely attractive lens for any photographer wanting a solid lens for carrying around in long stretches and combined with an interesting optical signature, this is a very practical lens for general use.

This is an area where things get more complicated. As previously mentioned, this lens is available in both L Mount and Sony E Mount. My tests were all done on the Sony version and I had no major autofocus problems. Low light is challenging for any AF system, but this lens performed very well on my Sony a7R IV. Occasionally you’ll have the lens adjust to infinity and then come back into the subject, but I only had this issue shooting in dimly lit situations and after that brief period of racking, the finished photo was still accurately focused.

I should point out that the technology Sigma uses in its lenses is not the same as the linear, electromagnetic system that Sony uses in their newer lenses. If you’re shooting sports or any other fast-moving subject, I don’t think Sigma’s design will outperform modern Sony lenses. This lens is not designed for that type of application, but I do think that is something most people will know going into it.

Performance in the L Mount version is going to be subject to the camera you’ll be pairing the lens with. I didn’t test this on L Mount, but I would expect to see a difference between cameras since all three companies in the Alliance tend to use a mix of different technologies.

In short, depending on your camera, your mileage will vary.

As much as I like this lens, there are some things worth pointing out. No lens is perfect for every photographer and in optical design — there are always tradeoffs — but this might help if you’re deciding if this particular lens will fit your needs. 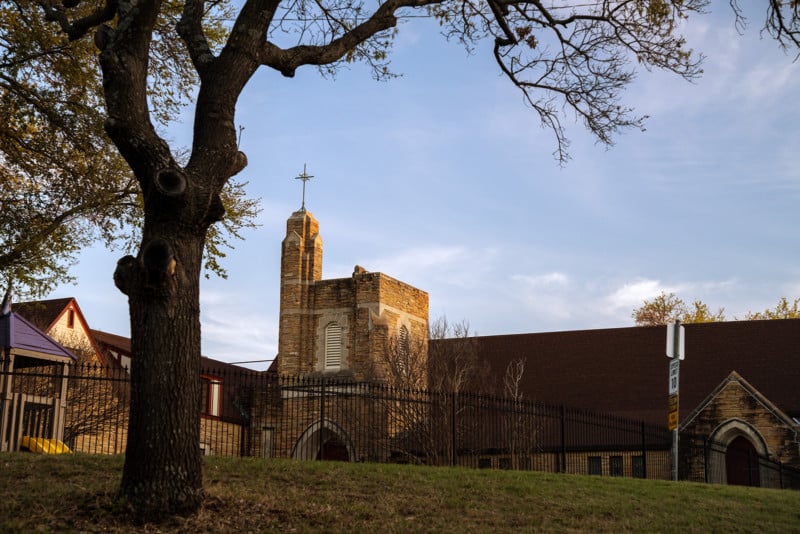 I mentioned earlier that I found corner sharpness falls off noticeably. This issue does mitigate slightly as you close down, but I still don’t see the resolution that someone who wants to shoot super-sharp landscapes would find acceptable. However, for any type of work where you would be looking for subject isolation, you shouldn’t have a problem — I think that is the strength of this lens. 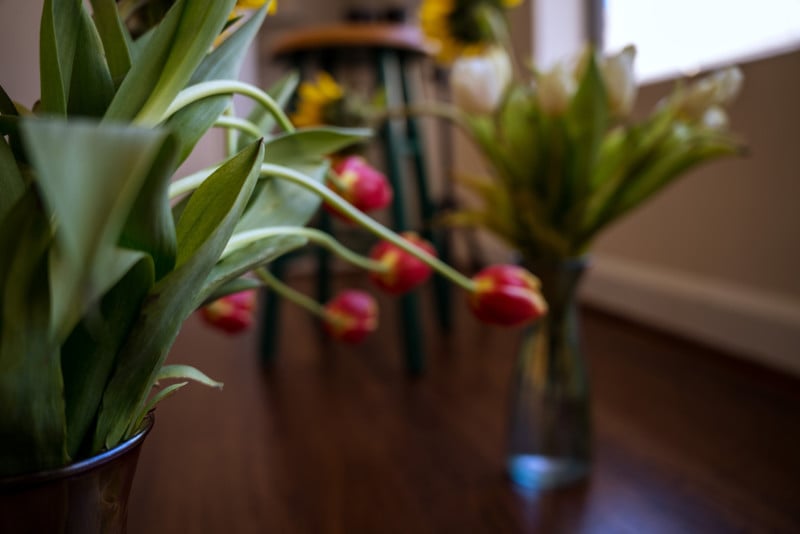 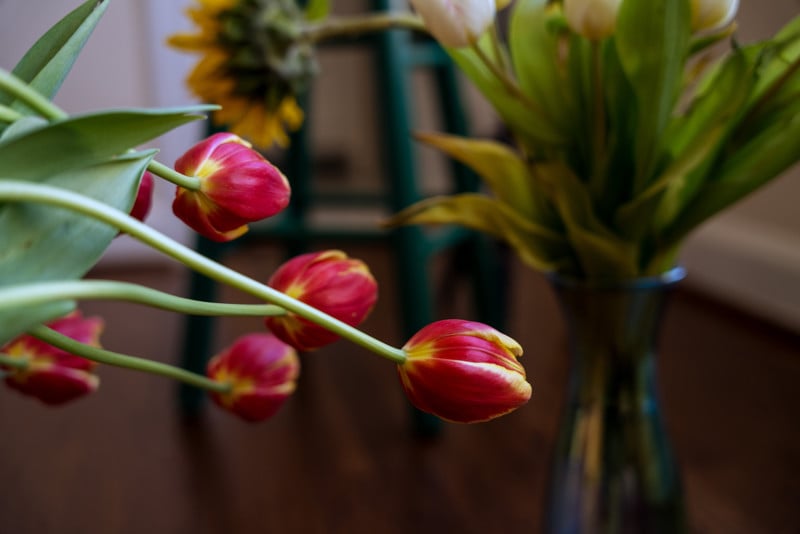 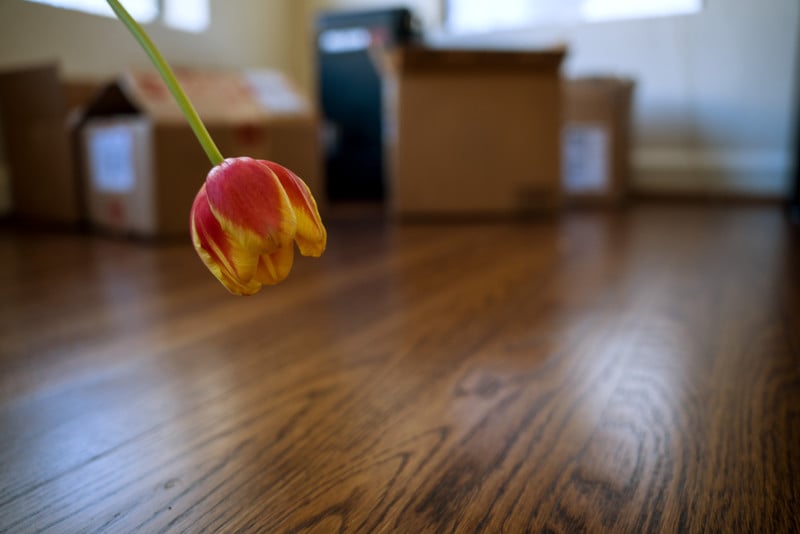 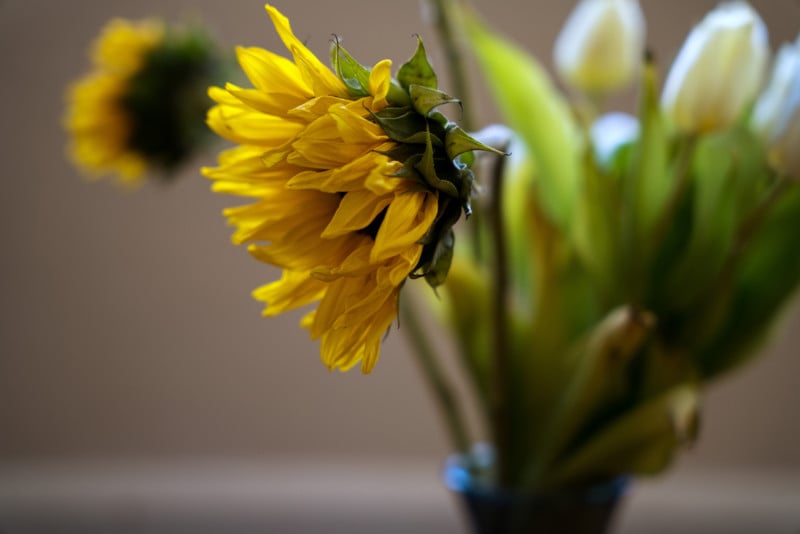 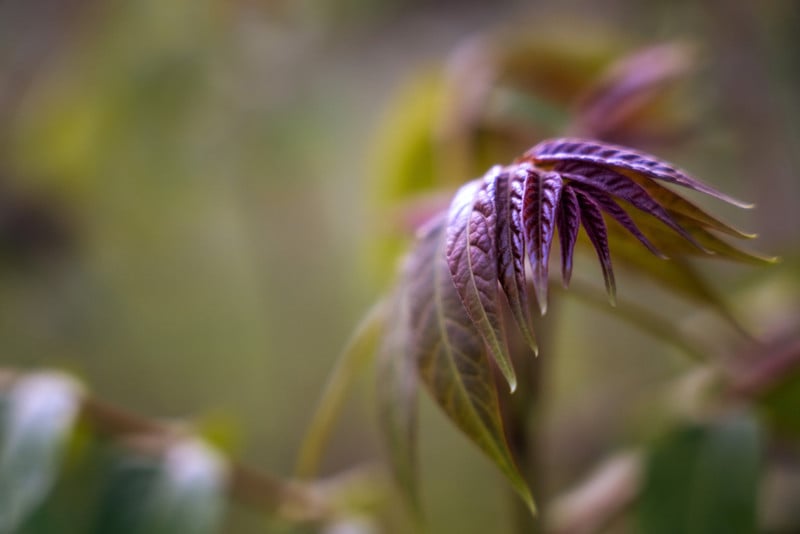 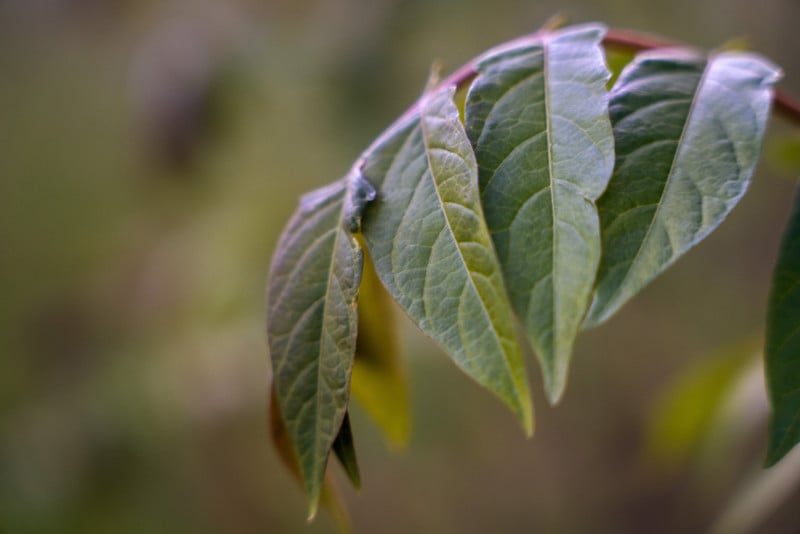 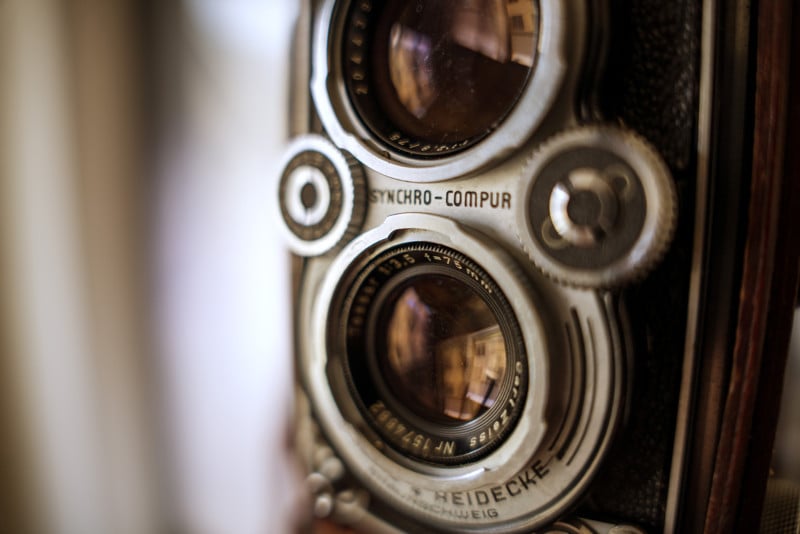 The short, close-focusing distance is nice to have, but this is not the optical strength of the lens. The image falls apart somewhat at super close distances and both lateral and longitudinal chromatic aberrations are visible. As a result, it’s a feature that’s a nice bonus but this lens is not going to replace a dedicated macro lens by any stretch. 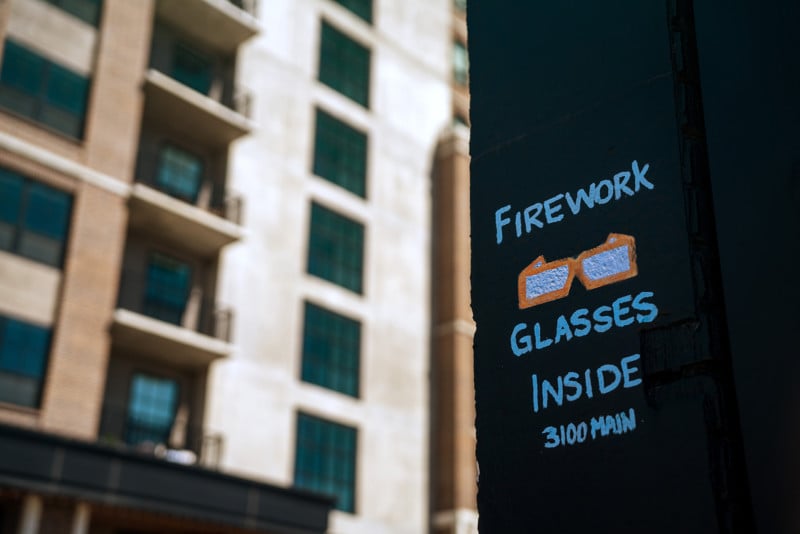 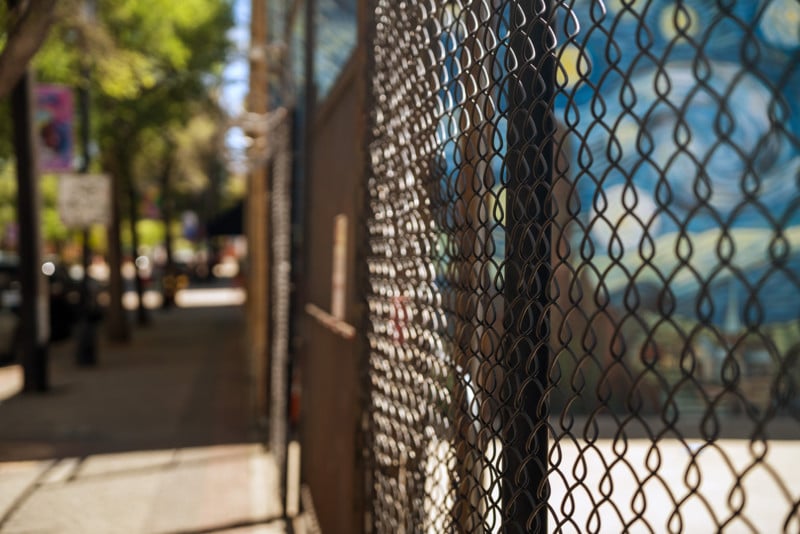 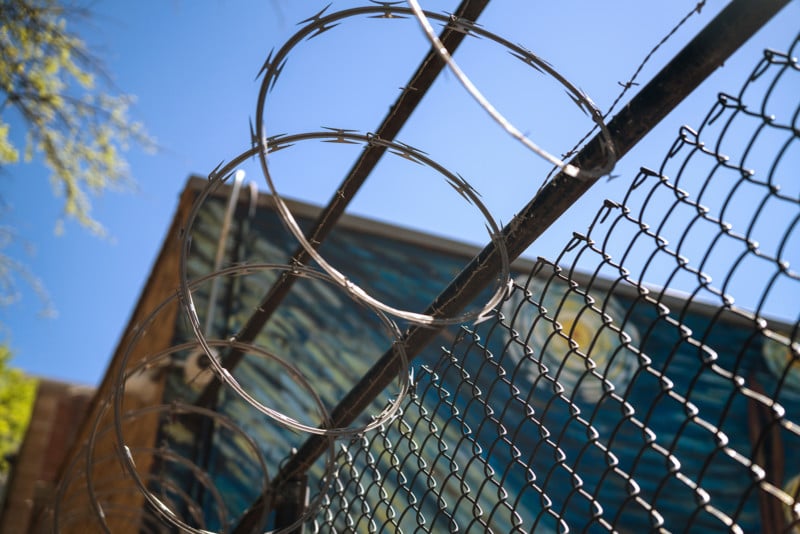 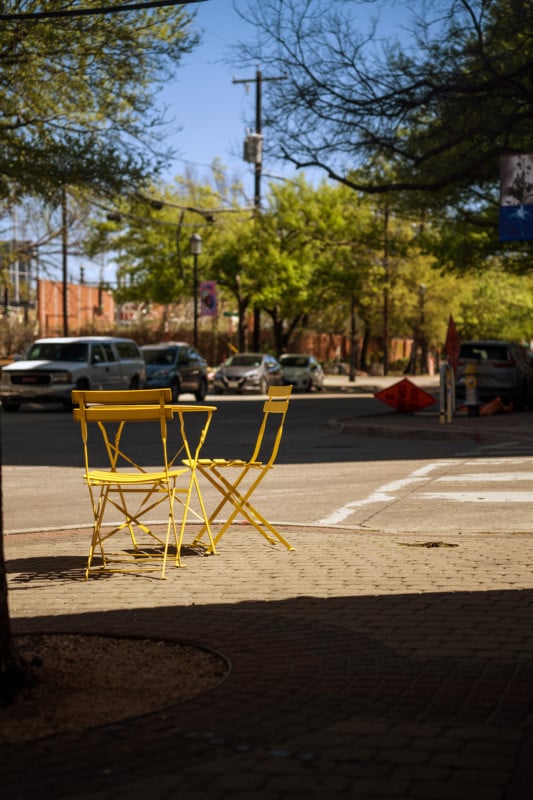 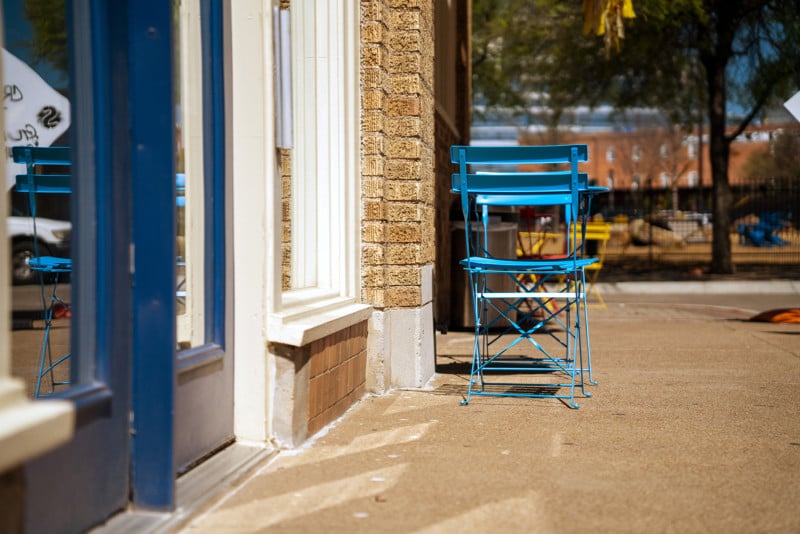 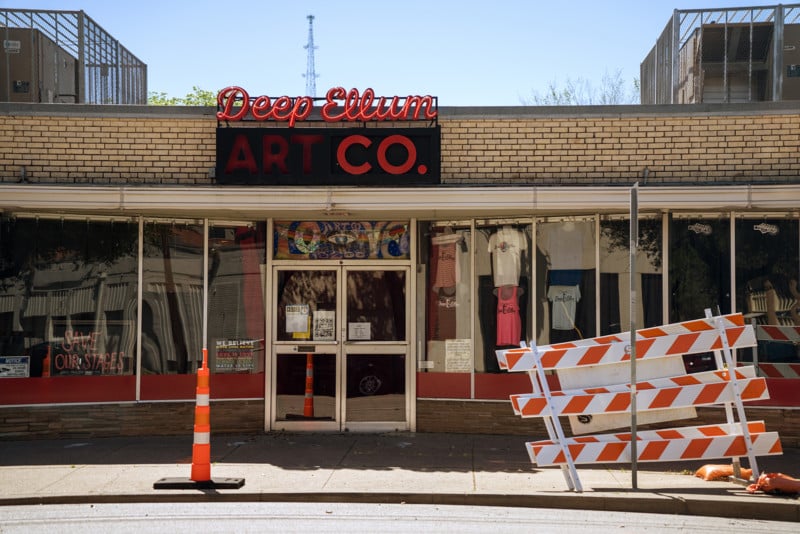 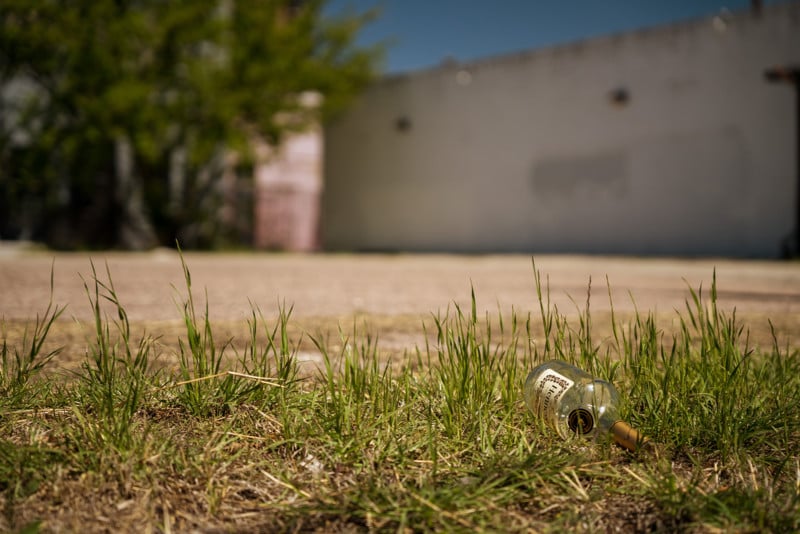 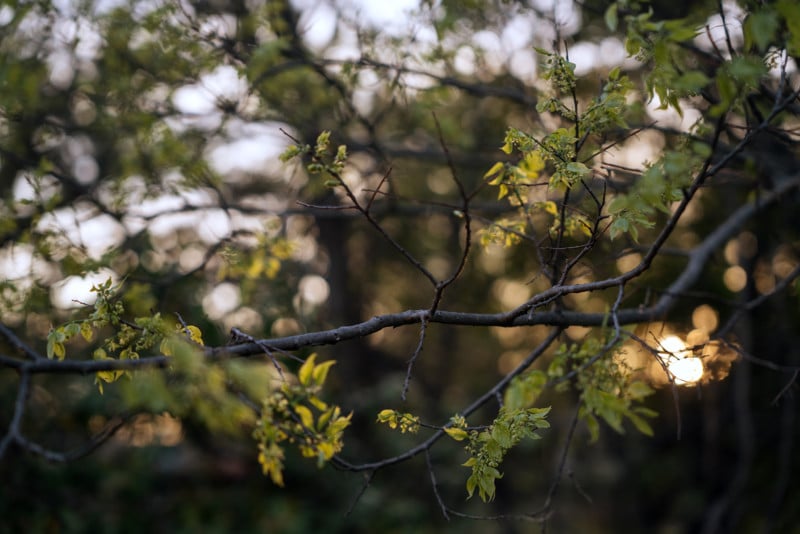 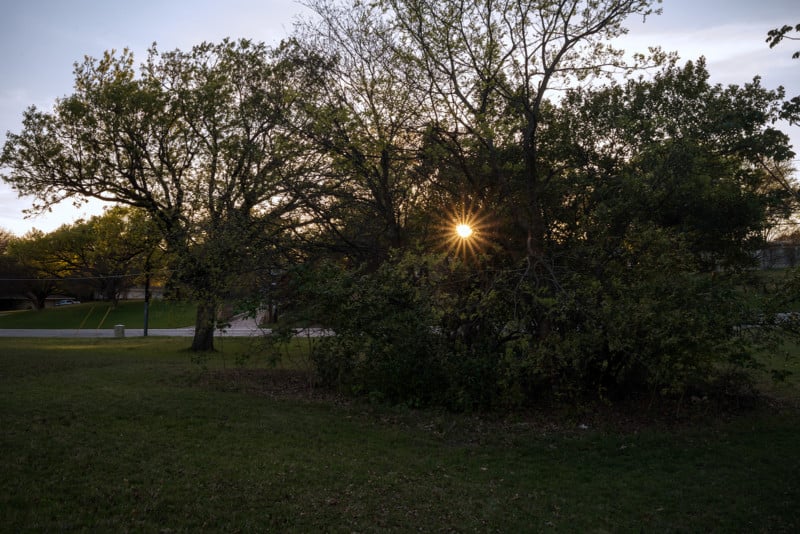 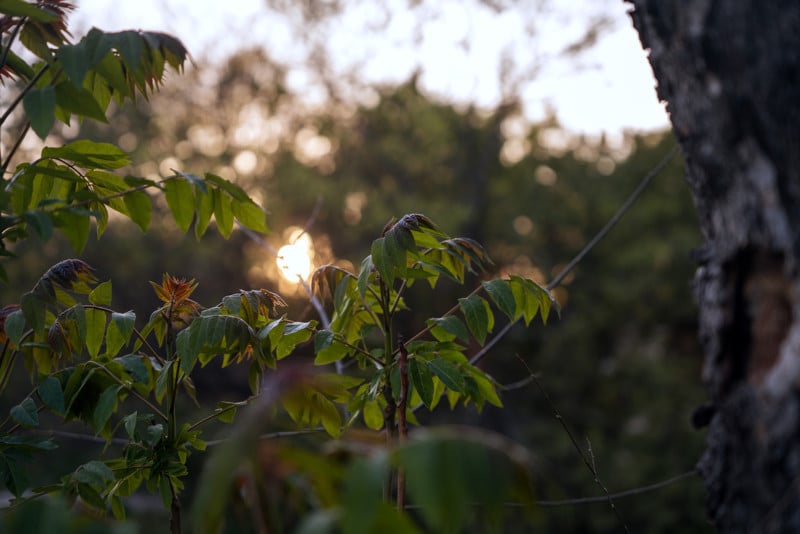 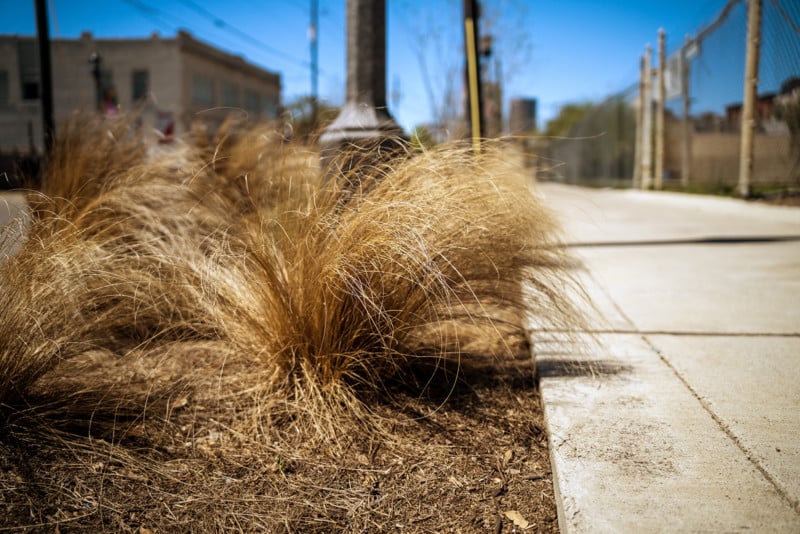 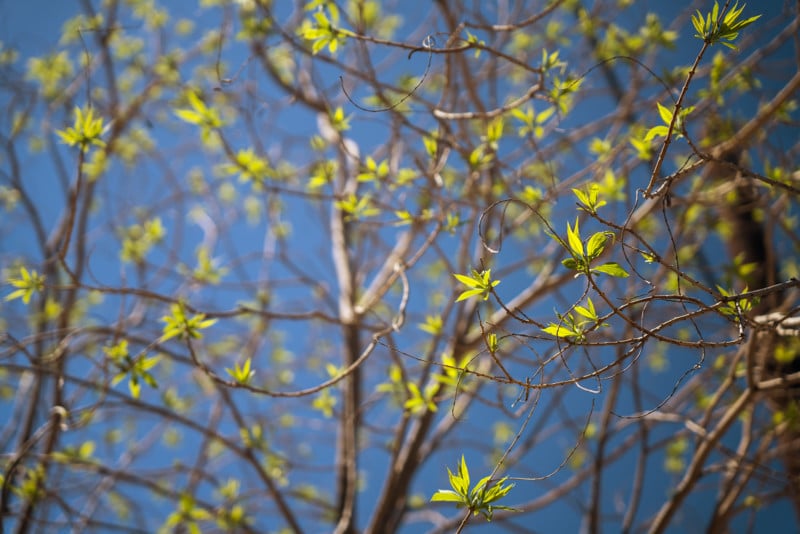 Sigma has been producing outstanding lenses over the years. The company offers some very interesting options for a wide range of lens mounts and I really think the Contemporary line has a place with just about any photographer.

I will say that the 28-70mm f/2.8 DG DN is impressive in optical quality for its price. I don’t think optics are the argument here, so it is going to come down to price and size. If you’re on a tight budget, this lens is a winner and if you want to have a lens for carrying around all day that’s comfortable and lightweight I think this is the obvious choice. For me at least, less gear to haul around means more photographs because I’m not wasting time changing lenses which I think is the hidden strength of this lens. 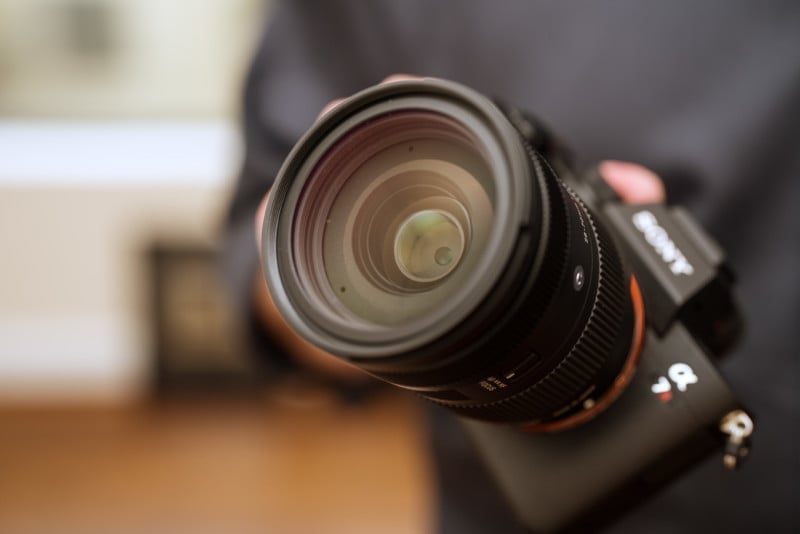 The Sigma 28-70mm f/2.8 DG DN is a very sensible option for a mid-range zoom. It’s a fairly unique focal length with only a few alternatives that match. Sony makes the 28-70mm f/3.5-5.6 OSS lens which is around half the price of the Sigma, but it is a variable aperture combined with a smaller base aperture which will turn many people off to it.

Certainly, another alternative would be to go with the more conventional 24-70mm f/2.8 configuration. You will get the extra 4mm on the wide end, but you will be looking at higher prices in exchange for that.

The Sigma 24-70mm f/2.8 Art is the closest choice here. It will run you another $200, but the tradeoffs are going to be down to the photographer. The cost is going to be a factor to some, but also consider the Art lens is going to be considerably larger and almost twice as heavy… but very good.

Should You Buy It?

Maybe. Every photographer is different and everyone has a different budget and different sets of expectations. If you are insistent on optical excellence corner to corner and are willing to add more weight and size to your lens to get it, then the Sigma 24-70mm f/2.8 Art is the better choice. As has been shown in the past, it’s really hard to beat from that perspective. But if your emphasis is on a compact and lightweight design that makes a few sacrifices, then there is a lot to like here.

Wikipedia Creates Code Of Conduct, Now Has To Work Out How To Enforce It