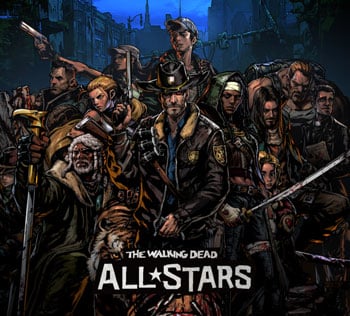 There was an update Totalkrieg Added to the game, is a new community-based content where players can work together with their community to fight against a powerful looter. If players successfully defeat the raider that appears every two days, they will receive ranking rewards based on the amount of damage done, similar to the Conduct Manual. Players ranked 1 to 50 on the leaderboard will be listed as challengers. All players in a community that has a member with Challenger rank will receive a gold bar as a reward.

A new epic character named Henry was also released. Henry is a character created exclusively for the game and has a playful appearance. Henry, who has an ally alignment, has the ultimate ability to attack multiple enemies by throwing balloons filled with red and then popping them with a simple shot attack. As a support, he can increase allies’ attack speed and improve allies’ critical hit rate.

The Halloween concept was added to the background of the game the city Integrated. Vivid graphics vividly portray the spirit of Halloween throughout the game. An exclusive skin for the character Abraham, the wild biker, has also been introduced. Skins are items that characters can use to reflect their unique personalities. More skins for different characters will be released in the future.

Various events will also be held to celebrate the update. From November 2nd to November 15th, the Kyler Battle Test will be held. Players who win PvP battles during the event will receive a certain type of token that can be exchanged for Overseer/Warlord characters or Henry’s chat emojis. In addition, fans can earn rewards through the Halloween Login Event, City Government, and 14 Days Survival Support Event.