One of the lesser-known features of the Samsung Galaxy Note 20 Ultra is ultra-wideband (UWB) technology. The handset joins Apple’s iPhone 11 series as the first batch of smartphones to sport the wireless communication standard.

UWB is a new technology to the mobile market, jostling for status with well established wireless standards such as NFC and Bluetooth Low Energy. UWB promises similar capabilities but has its own unique set of pros and cons compared to existing standards. The feature is set to become much more widely supported in the coming years, so let’s get ahead of the curve. Here’s everything you need to know about ultra-wideband technology.

What is UWB and how does it work?

UWB is quite a lot from how other wireless data transfers work. It’s a pulse pattern radio-based technology that sends data in the time domain, with spectrum ranging from 3.1 and 10.6 GHz. Conventional wireless transmissions vary the power, frequency, and/or phase of a sinewave to encode data, rather than simple pulses.

The pulse method takes up a lot more spectrum to work reliably, hence the ultra-wideband nomenclature. A single band is typically 500MHz wide, compared to a 5 to 20MHz 4G LTE band or 20MHz to 80MHz for WiFi. Because of the wide spectrum, pulsed data can be sent very quickly without losing accuracy. UWB can hit data rates in from 4Mbps to 675Mbps or more, depending on the frequency. That’s far faster than NFC’s 424Kbps and Bluetooth’s standard 2.1Mbps speeds, but not as quick as the 2Gbps speeds achievable with WiFi-6.

Typically, wireless technologies are limited to very narrow bands to avoid interfering with each other. UWB avoids this problem by operating at very low power levels that basically fall within the noise floor of other wireless applications. In other words, the spectrum is so wide that it’s easy to detect but at low enough power that it doesn’t interfere with other signals. Another benefit of this pulse-based transfer is that it’s possible to calculate time-of-flight information from the received data. If you know the time taken and speed of the data transfer, then it’s simple math to work out the distance between the transmitter and receiver. Although obtaining more precise 2D or 3D location data is considerably more involved. UWB’s measurement accuracy is 10cm or less, vastly improving on the one meter accuracy you can get with Bluetooth or WiFi (Bluetooth 5.1 can be as accurate as UWB in some instances). This is a boon for security applications.

Speaking of use cases, Ultra-wideband is touted as a great idea for wireless car entry and front door technologies, due to its high location accuracy. It can also be used for locating lost devices, NFC-style tags, indoor navigation, mobile payments, and interacting with nearby connected objects in a store. Apple’s Airdrop and the Galaxy Note 20 Ultra already use the technology to transfer large files over the air, but that’s barely scratching the surface.

UWB vs NFC and Bluetooth If those ultra-wideband use cases sound familiar, that’s because a lot of these features can already be done with existing NFC and Bluetooth technologies. Which begs the question, why bother with yet another wireless standard?

Bluetooth operates in the 2.4GHz band, giving it a decent range for indoor use. However, this is in the same spectrum as some WiFi signals, so it is susceptible to interference. UWB’s wide spectrum options makes it much less prone to interference, hence its early adoption in industrial applications. However, its range is not as long as Bluetooth’s. NFC operates at 13.56MHz but has a very short range of just 4cm.

An advantage for the old tech is that NFC and Bluetooth are both inexpensive to implement, particularly for low power beacons or passive powered NFC tags. UWB isn’t as cost-effective and requires power. As a result, NFC isn’t going anywhere for contactless payments anytime soon. Bluetooth’s wide range of legacy support, audio functionality, and longer range mean it can do a few things that UWB can’t. For existing use cases, these two options are likely to remain popular.

UWB comes into its own when high-speed data transfers, fast location with high accuracy, and/or low risk of interference are requirements. This makes the technology the best option for scenarios that require additional security, such as wireless vehicle access. Ultra-wideband has its own pros and cons, so it’s certainly not a direct replacement for any of the wireless technologies already on the market. Ultra-wideband technology has been around for a little while, but it’s very new in smartphones. It’s reserved for some of the most expensive handsets on the market right now. You can find the shortlist of compatible handsets below.

UWB is only as good as the devices that support it. It will be many more years before it’s anything like a ubiquitous technology with wide-reaching support. We expect smartphones from other manufacturers to include support in upcoming flagship generations, but mid-tier and more affordable options are still a few years away.

The Expectant Dad's Survival Guide: Everything You Need to Know

(1077)
₹300.00 ₹1,398.00
Vermilion
(as of August 5, 2021 - More infoProduct prices and availability are accurate as of the date/time indicated and are subject to change. Any price and availability information displayed on [relevant Amazon Site(s), as applicable] at the time of purchase will apply to the purchase of this product.)

Breaking the Glass Ceiling: Tough for Women, Tougher for Women of Color

The best budget security cameras of 2020

How to build an effective vulnerability management programme 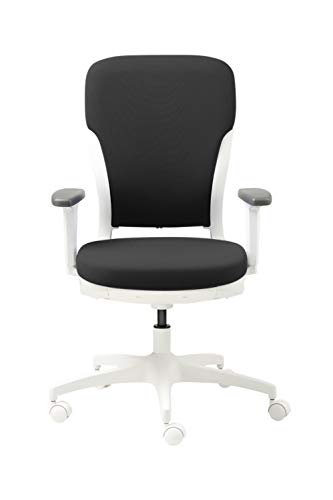