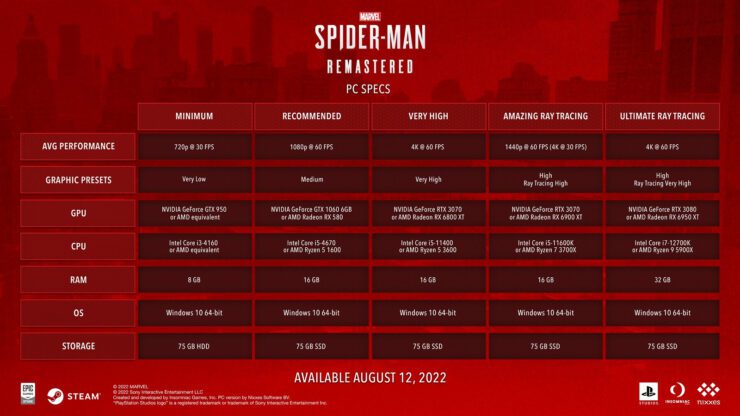 Last month, Sony made a surprising announcement Marvel’s Spider-Man Remastered is here on PCToday they revealed more details about the upcoming port. Sony and Insomniac Games seem to be working on this port, adding support for ray tracing, DLSS, DLAA, ultra-widescreen, and more. Check out a new trailer for the PC version of Spider-Man Remastered below.

Below is a more detailed summary New features for the PC version of Spider-Man Remastered:

Sony also revealed what kind of hardware you’ll need to run the PC version of Spider-Man, from the bare minimum to “Ultra Ray Tracing” specs:

Finally, Sony is also offering a Spider-Man Remastered pre-order bundle that includes early unlocks of some Spider-Man attire and some extra skill points.

Marvel’s Spider-Man Remastered is currently available on PS5 and will launch on PC on August 12.

Apple’s working on Apple TV for Xboxes and PlayStations

Confluera partners with 3SG Plus to expand the Confluera 2020 Reseller Program – Help...