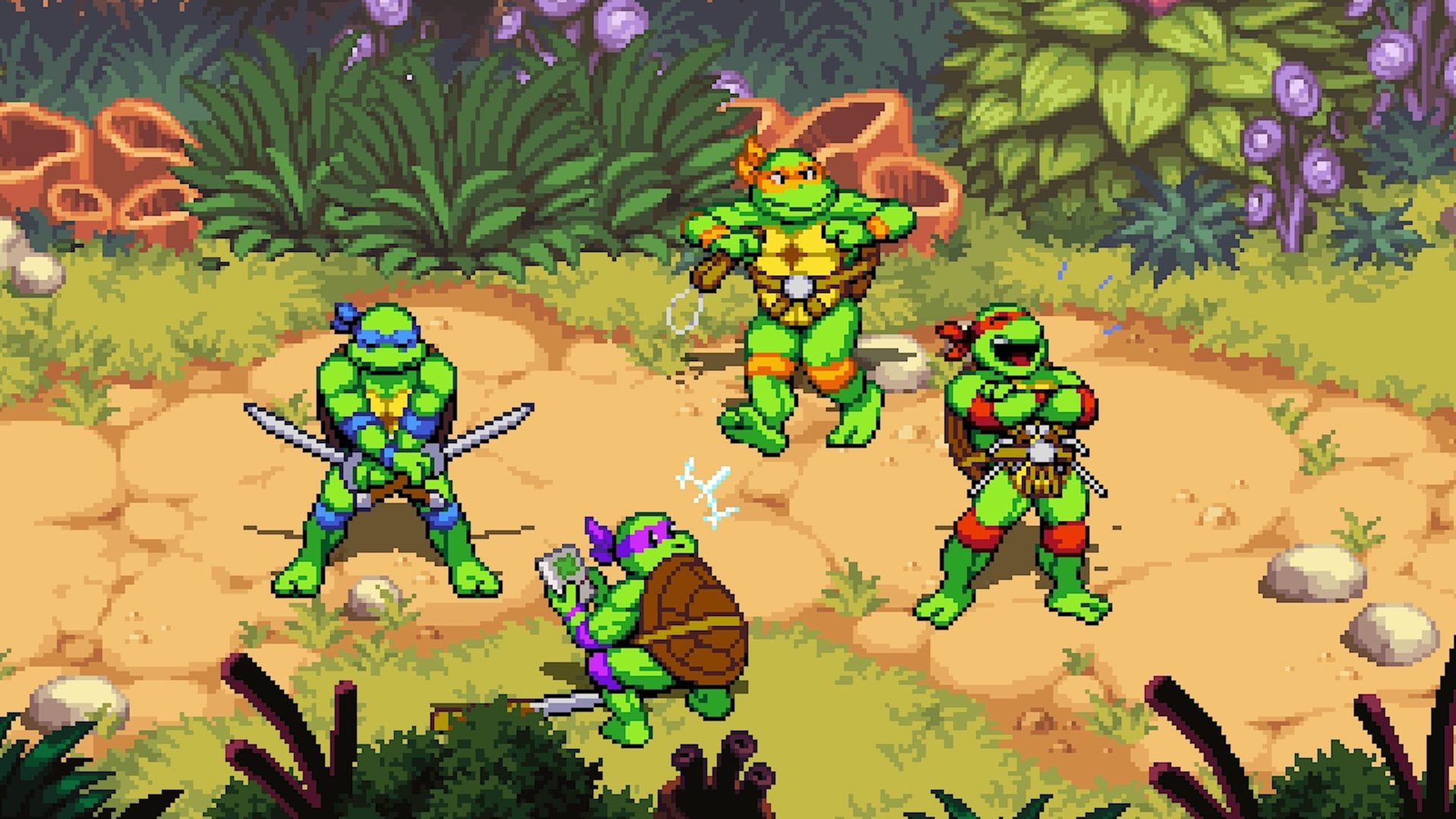 As a kid in the mid-80s, I spent a lot of my childhood watching cartoons, and teenage mutant ninja turtles was my favorite morning show. I loved everything about it: the action, the colorful characters, the over-the-top voice acting and of course, the music! TMNT was everywhere. It was a huge part of my youth, so when this opportunity came I was on the moon.

The first theme I created for TMNT: Shredder’s Revenge was Big Apple 3 p.m., and it was born out of sheer excitement when I was invited to score on the first project. Cyril Embert of Dotemu sent me some footage of early gameplay without music, and I watched it over and over again, with the biggest smile on my face, I started listening to a song for it inside my head. I started working immediately and an hour or so later, I had a draft to show dotmu and tribute.

This first draft was a basic proposition for the general aesthetics of the soundtrack, which I thought was very consistent with the game’s philosophy – the goal was to dive into the golden age of TMNT, collecting some memorable elements from the variety. Media is then available, and bring them back in a creative and modern package. It will have a lot of fun references to that sweet nostalgia, but it will also have its own thing and introduce fun new ideas to the series, all within a palette of genres and words from the ’80s and 90s. Fortunately, everyone was on board with the style, and thus began this musical journey!

I pulled out the song a bit for early integration so we could test it in-game, and it sounded like:

It sounds full by immediately introducing a bunch of new elements and a new category. At the moment, I have already started some other songs on the soundtrack, and since they are a bit long, I felt I should extend it a bit for continuity. I added some breaks around 1:09 that let the song breathe for a moment before going back into action. At the moment, the guitars were still computer-generated and the guitar unit was still non-existent.

Instrumentation was the key to making this soundtrack a classic and modern bridge. It sounds like a game from the early 90’s, but in high fidelity, which was impossible then due to hardware limitations. Many of the words used in video game tunes at the time were sampled from the popular romper, a major component of pop music. (Editor’s note – A Rampler is a synthesizer that integrates stock sound presets based on audio samples). I thought that by using this kind of timbres I could mimic the sound aesthetics of that era in an authentic way, even outside of videogames.

I thought the composition was tough, but the song was still a bit thin to me, so I called Johnny Soul to put on some guitar. I sent him a reference track, and asked if he could make a guitar solo in the empty section around 1:19, and the next day he hit me with it:

When I showed this version to the teams, everyone was overwhelmed with the strength and weight that Johnny’s guitar added to the song. Happy with their response, I went back to the lab and spent a few more hours doing as much detailed polishing and fine-tuning as possible before exporting to the final processing step. I worked closely with the talented sound engineer and composer Andrew One, who mixed and mastered my OST for the DLC of Streets of Rage 4 a year ago. A few days later, it was the result of our concerted efforts:

I hope readers have enjoyed this brief look at the process of creating this soundtrack. It is a privilege and a real pleasure to be involved in this project and to create this labor of love to work with so many talented and enthusiastic artists around the world. Kawabunga!
Teenage Mutant Ninja Turtles: Shredder’s Revenge is available on PlayStation 4. You can hear the whole original soundtrack Here.

Garmin Venu Sq review: What the Venu should’ve been all along

5 business sectors that are ransomware targets